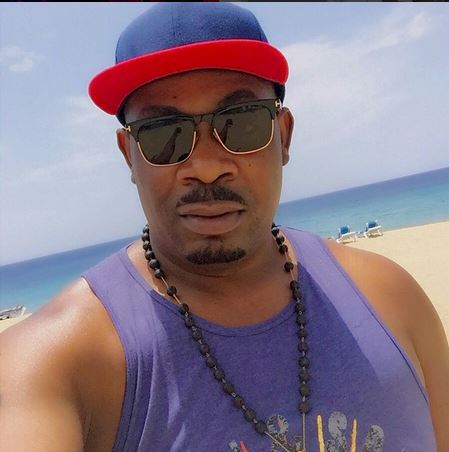 Mr. Collins needs to kill the Don Jazzy character. It has made him money and fame. But perhaps its time to quit the ‘mafia’ and live a normal life. Photo:Instagram

I find this article interesting and it was written by Bayo Omisore, who is one-time business associate with D’banj, Mo Hits Records and Don Jazzy and its goes by ” Kill Don Jazzy ” , but not Mr Micheal Collin.

So to start with, I am not a hater. I do not wish any evil on Don Jazzy or Michael Collins. If anything, I can be categorized as an interested onlooker when I want to be passive or an invested businessman active in the Nigerian music industry for the past 18 years.

In addition, I am a writer. I have been told I am a very decent writer. Or maybe I’m living on past glory. Either way, I had another title I was working with. But I decided this one would attract the eyeballs I desperately need to get the attention I so desperately crave.

Finally, I understand the workings of PR. Hell, I handled the PR of Mo’ Hits in 2006 when the only talent was D’banj. Back then, Wande was a dancer, Dr. Sid (I plead the Fifth) and D’Prince was a model. I do not wish death on Michael Collins. I however think the Don Jazzy brand is dead. Or should be rested. I’ll tell you why. 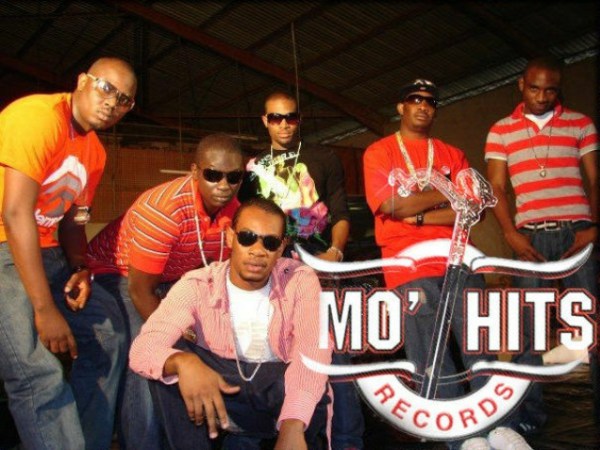 Do you remember Don Jazzy? Remember that Soundcity advert. I remember the first day I met D’banj and Don Jazzy. This must have been either late 2004 or sometime in 2005. I had been in the business as a journo for a few years by then so I knew them.

We had done a story on Mr. Solek at Hip Hop World in 2003. Jazzy had worked as the keyboardist of the band but he had moved on to music production working under JJC. He was very quiet; never uttered a word. You could have been forgiven for thinking he was mute. 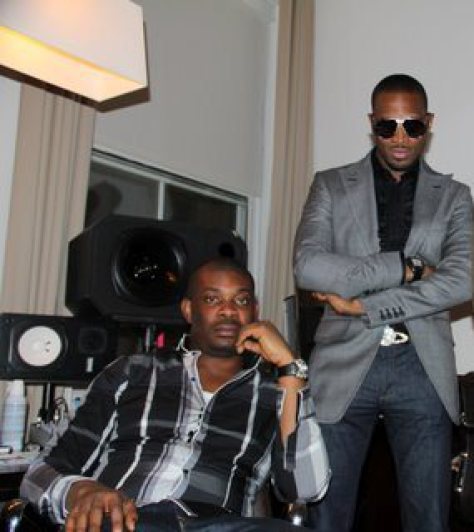 Back to the Soundcity advert. Don Jazzy didn’t say a word. Just whispered in D’banj’s ear while D’banj handled his business. It was brand new. It was refreshing. The ratings of the newly-established Soundcity music channel went through the roof. D’banj and Don Jazzy became the perfect example of a match made in heaven. Cobhams, if he could see them back then, would have known they were going places.

So much so that Dr. Sid, a University of Ibadan-trained dentist and self-appointed administrator of eLDee’s Trybe Records, was happy to abandon that project and his album project to work under the tutelage of these relatively unknowns.

After that, the communication from the Mo’ Hits camp was that Don Jazzy was the boss. He was being driven around town by a university graduate who earns an enviable salary working in an oil company (Fifth). Jazzy didn’t speak in public. He never granted interviews. He asked simply that whatever you wanted to offer to him should be offered to his ‘children’. (Note that he had been calling his artistes his children since the Mo’ Hits days. Nobody questioned it then because this is the Don we’re talking about here.)

In fact, once, I was at the crib of one of the Mo’ Hits people, and he told me I had to leave because Jazzy was coming. I was genuinely curious and somewhat impressed. Impressed because they kept the charade going even off-camera. Curious because, well, so could it be it wasn’t a charade after all?

Remember all those award ceremonies where someone from Mo’ Hits would win an award and spend half the speech time praise-and-worshipping Don Jazzy? Or when Don Jazzy himself would win an award for best production and his wards would mount the stage to receive on his behalf even while he was seated in the front row in the same building. Guys, let’s be honest, these are the images of Don Jazzy that made him the brand he is today. Those days when he only worked with his Mo’ Hits people and a literal handful of associates. 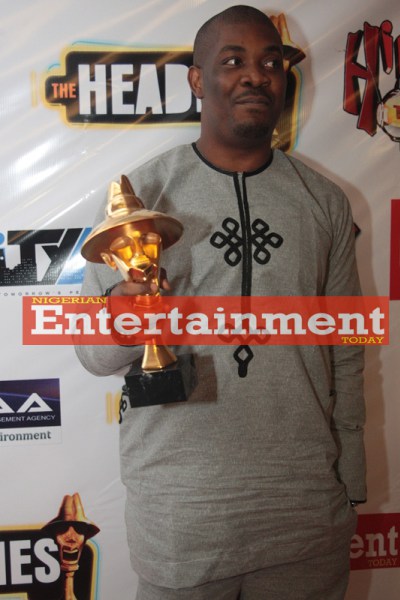 In the real world, a don is a crime boss, crime lord, mob boss, kingpin, criminal mastermind; a person in charge of a criminal organization. He typically has absolute or nearly absolute control over his subordinates, is greatly feared by his subordinates for his ruthlessness and willingness to take lives in order to exert his influence, and profits from the criminal endeavours in which his organization engages. Replace the word ‘crime’ with music and you have Don Jazzy.

Mo’ Hits was an organized entity. At the head of it all was Don Jazzy; the Capo di tutt’i capi, the Godfather, the boss of all bosses. Complete with his staff. D’banj was his Underboss. Dr. Sid, being the most educated and exposed of the lot, was the Consigliere. The other artistes were the Caporegimes. The management and the other stragglers and hangers-on were the foot soldiers. In the golden words of Christopher Wallace, “things done changed!” 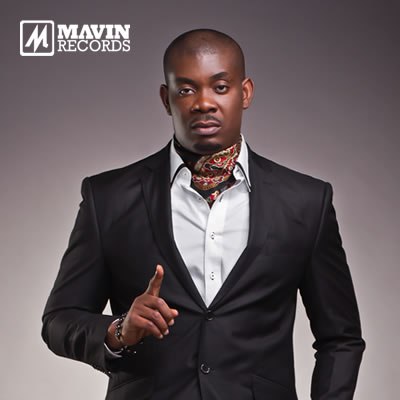 Fast forward to January 1 2016. Now I am not interested in who was right or who was wrong. For me, the happenings of the early morning January 2 2016 made the Headies. They set the tone for the year. This is entertainment dammit. Are you not entertained?!!!

If you ask me, Don Jazzy had no business speaking to Olamide. I have seen enough Mafia movies to know that no Don that understands his worth would get so emotional as to entertain the thought of passing such a message on a public stage. That job is left to his Consigliere, in this case Dr. Sid, who is already disliked intensely for his supposed role in the Mo’ Hits breakup via the leaked tape. People would have talked. But Jazzy would have maintained his self-respect. He opened himself to ridicule the minute he opened his mouth on that stage. 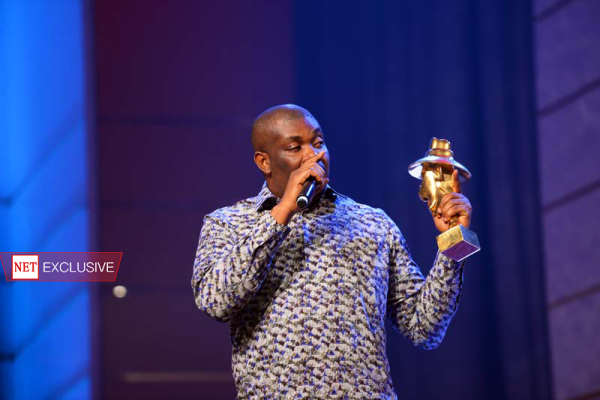 Don Jazzy had no business speaking to Olamide. I have seen enough Mafia movies to know that no Don that understands his worth would get so emotional as to entertain the thought of passing such a message on a public stage.

I can trace this handfalling back to when Jazzy decided to start appearing in songs after the bitter divorce from D’banj. The Don Jazzy we knew and respected from a distance fell from heaven and became human. In fact, the Kokomaster showed his disgust over Jazzy’s features after their falling out. I very much doubt this would have happened if they were still together. Not that I think they knew any better then, but they had one script and they kept it simple by sticking to that story.

Of course, with the breakup and the subsequent interviews granted by D’banj, too much information was shared in the public space that caused irreparable damage to the carefully-crafted Don Jazzy image. I think Don Jazzy should have moved on to the next stage. Or developed a next stage to move to. He certainly should not have done Loya or Konga or Jantamanta (wtf?) as Don Jazzy. That’s not the Don Jazzy we were introduced to. 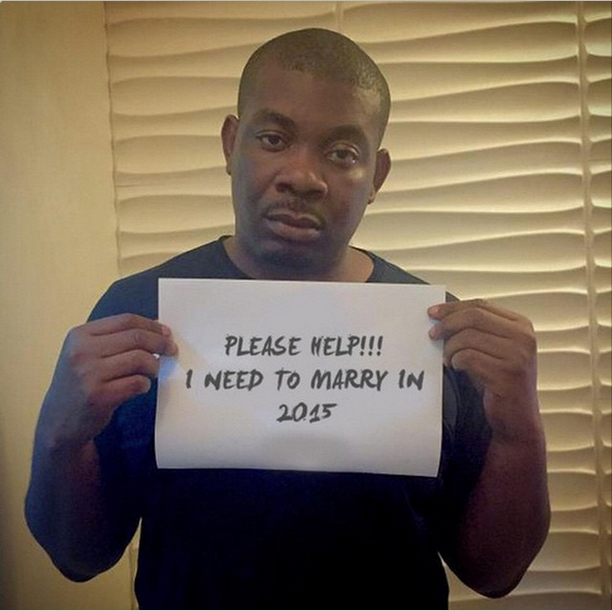 In truth, while we loved and respected Don Jazzy for his mystique, his music-making prowess and his relationship with D’banj, there was only so much he could achieve as a brand. However, this new guy is fun, is funny, seems to be humble, is extremely generous and, as such, is an endorsement magnet getting business from an endless list of companies. As it should be. As a businessman, it makes every sense for Michael Collins to be this new guy with access to millions of advertising dollars. But he cannot expect to eat his cake and have it. Something has to give!

In conclusion, I think that as the head writer in this story, Mr. Collins needs to kill the Don Jazzy character. It has made him money and fame. But perhaps its time to quit the ‘mafia’ and live a normal life.

So, on a lighter note.

What name should Don Jazzy go with now?

Daddy Jazzy. Re his kids.

Judge Jazzy. Respected by all and lays down the law. Yet approachable in his manner. A friend to everybody and a friend to nobody.

Bro Jazzy. The senior brother who opens his door to any and every.

Just in case you need to praise me or you take exception to anything in this article, you can find me on Facebook as Bayo Omisore and on Instagram, Twitter and Snapchat [email protected]