Nigerian pop star and Baseline Music act Skales has finally revealed epic revelation of help he received from fellow colleagues in the industry Olamide that eventually saves his career. The ” Shake Body ” crooner openly acknowledge the importance of street king Olamide Baddo in his career.

The ” The Never Say Never Guy ” moniker took to Twitter to call out the YBNL boss Olamide for supporting him and giving him the money he used in shooting the video of his hit song. Skales share a daunting revelation about the music video of ” Shake Body ” and the person who made it possible. 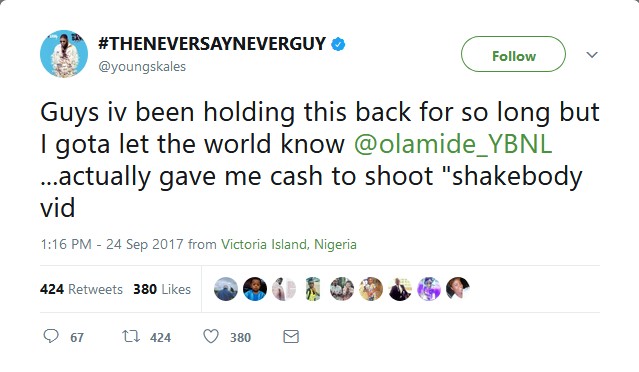 According to him, he has been holding back on making the issue a public one. He is more than convinced now is the best time to let the world know he owes Olamide a lot with regards to his music career. See the initial tweet he shared on Twitter below: 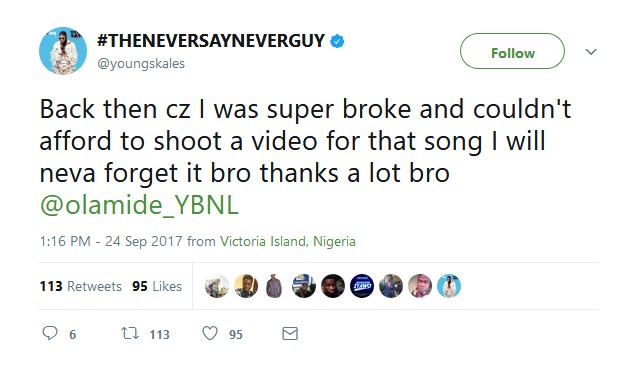 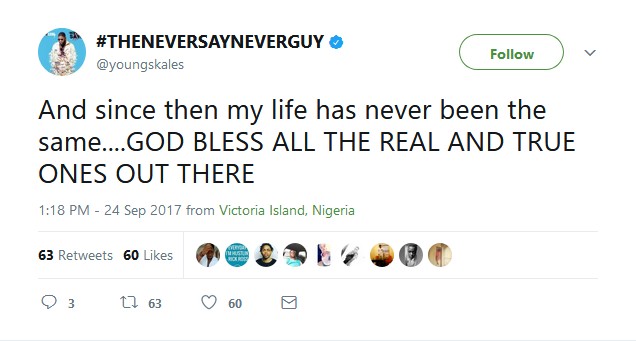