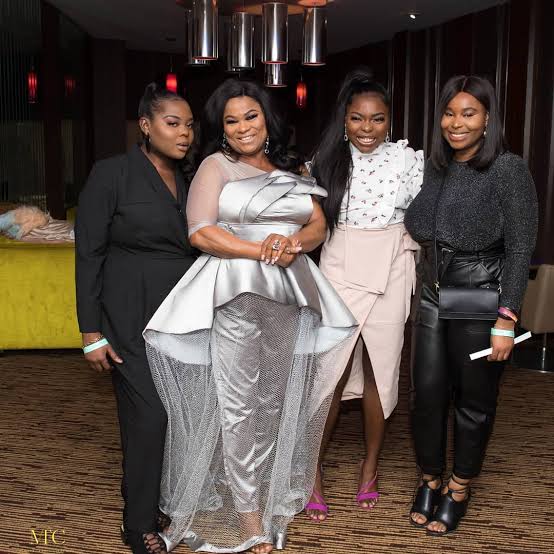 How Sola Sobowale Left Nigeria to Mop Floors In the UK

The talented Nigeria’s Nollywood veteran actress Sola Sobowale, described leaving Nigeria to work menial jobs so she could support her kids while they attended school in the UK.

The veteran actor revealed that she abandoned the fame and glamour to give her children the maternal affection they “richly seek” while they are studying in UK universities in the most recent episode of #WithChude.

In the early 2000s, Sobowale also described leaving her delectable acting profession in Nigeria, where she was earning over N5 million every few months, for menial work in England.

She claimed that in order to make ends meet while living in the UK, she performed various “7.5 pounds per hour” jobs that included cooking, cleaning, and scrubbing office floors.

“I went back to England and noticed the kids lack motherly touch. Then I moved to England and forgot stardom,” she told Chude Jideonwo, the media personality.

“Now, all of them are working and they appreciate me for my sacrifice.

“I was practically living in Enugu where I was shooting a movie, ‘Christ In Me’. After the movie, fame came. So I was given another film job. I got over 10 movie jobs so I was stationed in Enugu. And in one location, I spent one week. In that one week, I was on N800,000 and that was in the year 2000.

“So like that, when I was going back to Lagos, I had over N5 million within how many months. The money was blowing.

“So I left that for 7 pounds per hour jobs in England. Then before I could make 1000 pounds I will have to work extra hard. There is nothing this woman cannot do because I know what is called dignity in labour. I will sweep anywhere so far it will put food on my table, cloth on my children, and shelter on my head.

“I swept, cooked, washed, mopped, cleaned offices. Yes, I did all those. The other thing is I wasn’t sleeping. On the train or bus, I make sure I wear my uniform with the name of the company like that.

She also admitted that the Academic Staff Union of Universities’ ongoing strikes had deterred her from initially wanting them to enroll in one of Nigeria’s leading universities (ASUU).

“Education is the only legacy you can give your children. So inside me, I said if my children want to go to university they will either go to the University of Ibadan, Ife, or Lagos but unfortunately, the varsities are always on strike. A course of 3 years ends up to be 6 years,” she added.

“So I thought if I can pay this much for primary and secondary, I should be able to for university too. So let my children leave Nigeria, that was why I moved my children to London.”

Watch the video below:

Continue Reading
Advertisement
You may also like...
Related Topics:Sola Sobowale