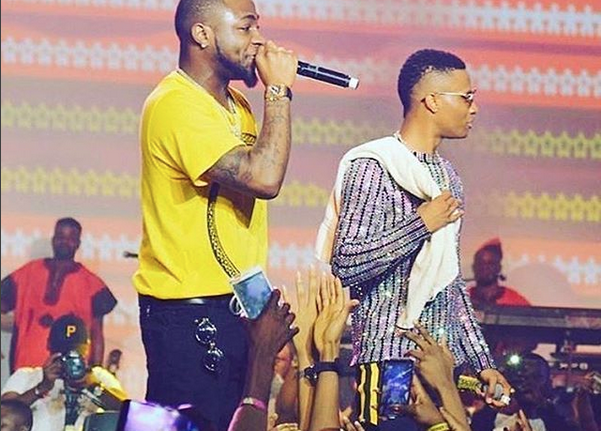 At the just conclude Soundcity MVP Awards Festival 2018, Nigerian music superstar Davido was the biggest winner of the night as he goes home with three award from his nominated categories.

But the most amazing thing about Davido winning the awards was his acceptance speech, where he gave shout-out his fellow colleagues in the game such as Wizkid and Olamide, and other shout-out to legendary such as 2baba, D’banj and P-Square for pushing African music to global map before he came.

Davido made several statements of shout outs while claiming one of his three awards last night. In his speech, he referred to Starboy Records boss, Wizkid and YBNL gang leader Olamide as his brother while chanting words of praises on them over their efforts of putting Africa music on the global map.

Meanwhile, the singer did not fail to acknowledge the efforts of D’banj, 2Baba and P-Square in the globalization of African music in the past.