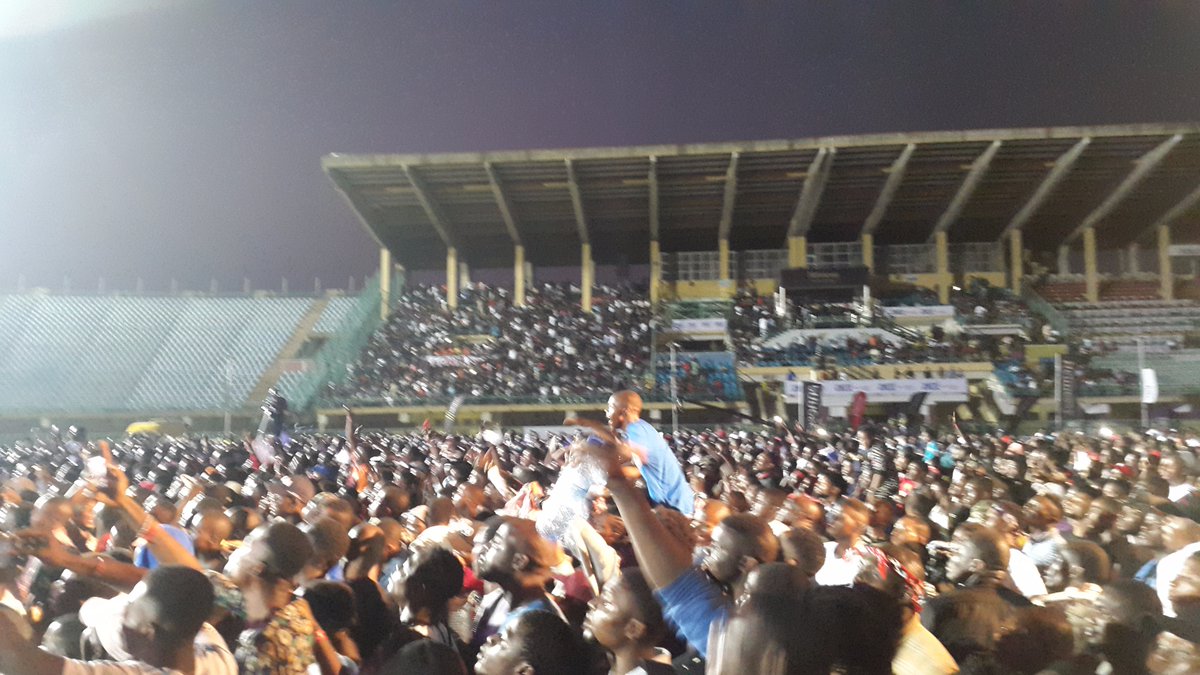 Despite several word of discouragement on social media about the annual Olamide Live In Concert 4 (OLIC4) with phrases word such as:

“Don’t go for that show, there will be touts and Agberos.”

“Touts will pick your pockets, and break a bottle on top your head.”

“Before you go, make sure you pray for God’s grace and guidance. Carry a full bottle of the blood of Jesus.”

Indigenous Yoruba Rapper Olamide proven once again that he’s street king, as he shutdown Lagos for his #OLIC4 over the weekend. The self-acclaimed Baddo moniker Olamide sold out Teslim Balogun Stadium with 12,000 in attendance.

The concert was a huge success, and a deserving responses from his fans that crying for his annual concert to move down to the mainland axis of Lagos-State.

The OLIC4 sees the YBNL boss gave opportunity to a variety of upcoming artistes to showcase their talent. He was also assisted by industry heavyweights such as Reminisce, Ycee, Tiwa Savage, Small Doctor, L.A.X, CDQ, Lil Kesh, Skales, Ola Dips and more.

The security within and around the venue was top-notch. You only need to see the videos or read comments from persons that were at the show to understand that the audience definitely had a good time.

Watch Photos and Video highlights below:

LAX performs in his NYSC Uniform