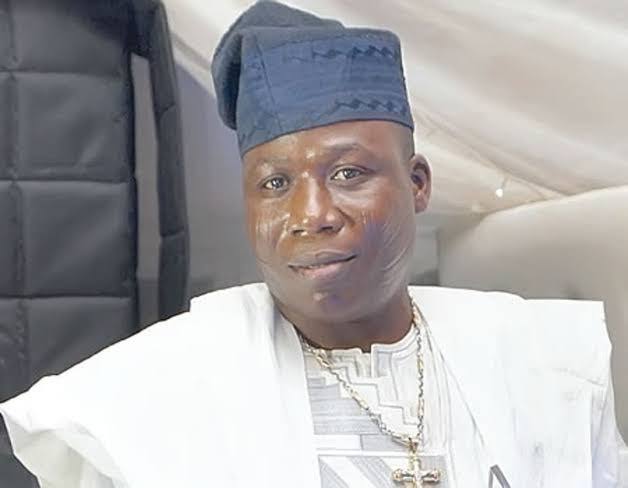 From South-West part of the country to the ancient City of Ibadan, the name Sunday Igboho is not new to anybody.

He is a Nigerian politician, grassroots mobiliser and Yoruba right activist. Over the years, he has acquired reputation for defending people against injustice.

I know you might be curious why on earth could somebody picked the name Igboho? Here’s the reason Sunday choose the nickname “Igboho”.

I know you might as I’m, but in one of his interviews, Igboho takes us to history lane of his origin name. He said that people in Yoruba Land tend to give other inhabitants the “names” due to the place they live in.

His father was called “Baba Igboho” because he comes from Igboho.

As a result, Sunday got the name “Sunday Omo Baba Igboho”.

Here Are Few Things To Know About Sunday Igboho Biography:

1. Chief Sunday Adeniyi Adeyemo, popularly known as Sunday Igboho was born October 10, 1972. He is a human right activist and a politician.

2. He is the chairman of Adeson International Business Concept Ltd and popularly referred to as the Akoni Oodua of Yoruba.

3. He started off as a motorcycle repairer and then ventured into automobiles where he sells cars and was able to start Adeson business Concept.

4. He is married to two wives and has children, including three professional footballers in Germany

5. He once worked with former Oyo Governor Rasheed Ladoja and became one of his most trusted aides. He became famous as a strong defendant of the Modakeke people in the Modakeke/Ife war between 1997 and 1998.

6. He gained social media tractions in January 2021 when he gave a week ultimatum to herdsmen in Ibarapa to vacate the land after the killing of Dr. Aborode.

7. He is believed to possess metaphysical powers and is a strong advocate for the Oduduwa republic.

The Senior Special Assistant to the President on Media and Publicity, Garba Shehu said he had just got off the phone with the IGP who told him that an order had been given to the Commissioner of Police in Oyo State, Ngozi Onadeko, to arrest Igboho immediately and transfer him to Abuja.

What Is Your Own Opinion Of IGP Arresting Sunday Igboho, As Reported by Several Media Platforms?

Continue Reading
Advertisement
You may also like...
Related Topics:Sunday Igboho

QUIZ: In 2009, Aroma Ufodike Answered These 15 Questions Correctly to Win #10M On Nigeria’s Version Of Who Wants To Be A Millionaire, How Many Of These Questions Can You Answers Correctly Now…