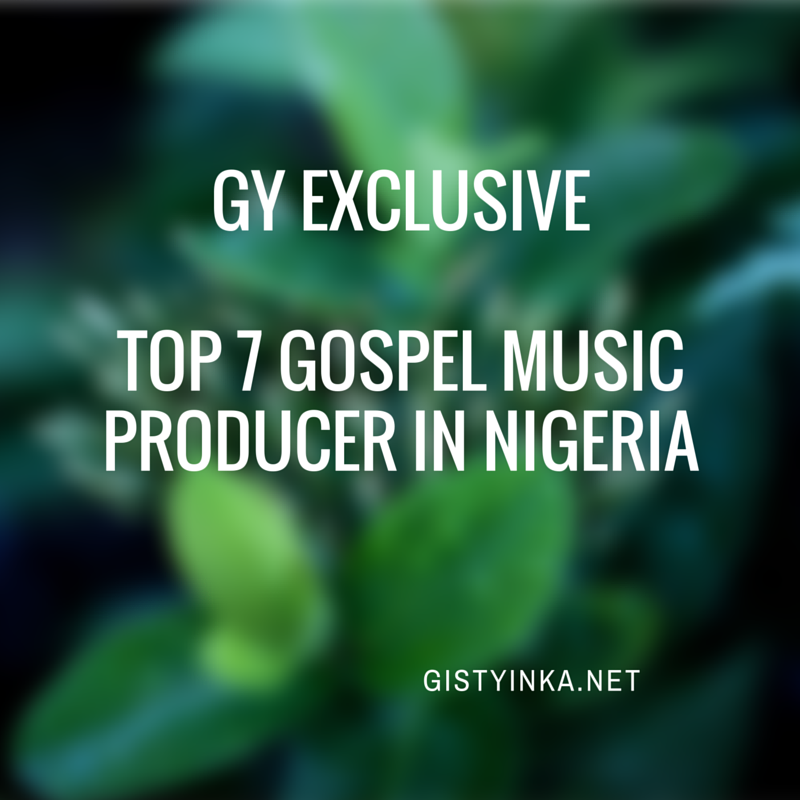 Over the years, Nigeria music industry have move forward including the  production skill from the main stream of the naija commercial pop music to the gospel music.

In spite of two religious in the country, gospel music have add huge flavour to the fast growing music industry in the country, but beyond their creativity works and many more, they have being largely overlooked for one thing or the others such as major concerts, tours and endorsement deals by corporate firms and multi-national companies , which feels that they are not marketer-table or profitable for their brand.

It is imperative to point out that they contribute in no small measure to upholding societal values and morals, while reinforcing the need to live a life that is praiseworthy to God and to humanity.

He had work with music star such as Midnight Crew, Piat, Kore and Dieko in their complied full album.

(5) Flo : Aderemi Natan, know as Flo, is an energetic young producer that have being in production for the past 20 years. Flo, have won several awards accomplished Producer, Sound Engineer, Singer and Songwriter.

He is also a successful artists with hit track such as Twale, In Christ Alone, Bragadaba, Here I Am Worship.

Cobhams has won multiple local and international awards for his creative and entrepreneurial contributions to the Nigerian music industry.

Today, he is known for producing some of the finest artistes in Nigeria such as Asa‘s album, Banky W ‘Strong Thing‘, Dare Art Alade,Bez and many others  .

He came into limelight after producing hit gospel song, Igwe, by Midnight Crew.

The award-winning music merchant has continued to endear himself to people within and outside the gospel music family.

He had work with several artists such as Midnight -Igwe, Folake Umosen – Koso Ba Bire, Kore – So Mo Re and Dieko.

(2) Masterkraft: Sunday Nweke, popularly know as Masterkraft, is a household name in Nigeria music industry. He started his music and production skill at age 11.

Young talented producer have dominate the gospel scene an also the naija commercial main stream pop and he has orchestrate beat for the likes of Tim Godfrey, Sammie Okposo, Nosa, Frank Edwards, Xtreem Crew, Shadows, Barz and many others many others not mention.

(1) Edward Sunday : Veteran producer Edward Sunday, claim the top spot for this review. He has being in music production for over two decade now and his works speaks for him anywhere in the world.

He had the following production to his credit  — Gbenga Adenuga – Koletoyen O — La So fa so , Yemy TPX — Eru Jeje, Yetuende Are — ”Try Praise” album, Tim Godfrey & D Xtreme Crew, Toynne and many others.

Your comment is welcome on this review, for anybody that you which to be on the list or missing.