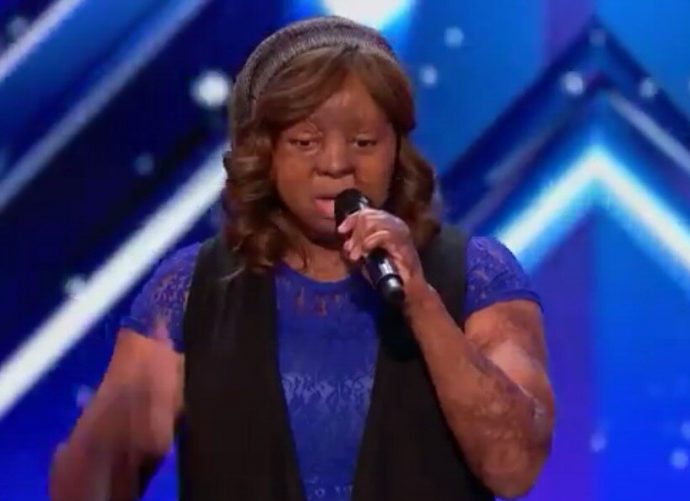 Kechi was just  sixteen years old, when she experienced the horrible plane crash in Nigeria, which was described as the most moment of her life. When asked why she appeared on the America’s Got Talent, the 28-year-old said she appeared to show her music talent.

Kechi Okuchi’s body still shows the scars of the plane crash, but covered that up with her voice. After such a harrowing experience, music became her escape as she lay on her hospital bed, bandaged head to foot, not being able to move.

Watch her beautiful rendition of Ed Sheeran‘s Thinking out Loud: