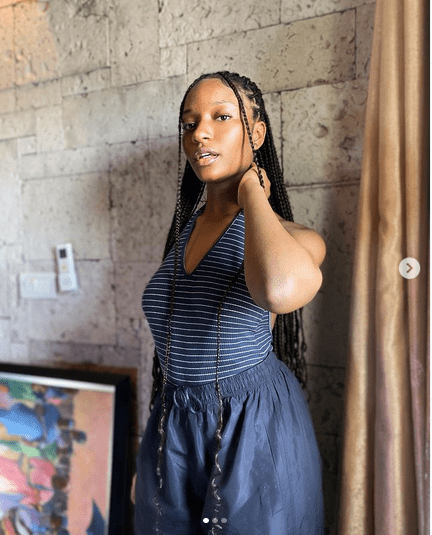 One of the most influential music moguls of this generation, Don Jazzy took to his social media handle to announced the signing of Ayra Starr into the Mavin family, and he also encourages his millions of followers to follows the new talent on her various social media handles.

Who Is Arya Starr?

Arya Starr is an 18-year-old Benin-born Afropop singer who lives in Lagos. She talented singer and songwriter with a powerful voice along with a unique sound.

Who is Ayra Starr? Everything You Need to Know About Don Jazzy’s New Signed Talent, Arya Starr

Sometimes in 2019, Arya decided to start releasing videos of herself singing to already songs or her own written once on Instagram.

That strategy works out because that’s the reason she was discovered by the Mavin boss who warmly and publicly welcomed her into the Mavins clan.

A post shared by ITS DON JAZZY AGAIN 😎 (@donjazzy)

According to her, she said she draws inspiration from her dad, who is unfortunately now late.

Word on the street says she sounds like Tems, although time will tell either it’s true or not, although, she had a strong and unique voice which she now channels into creating a blend of Afropop, Afrobeats, and RnB. Here’s a video of her trying Afrobeats for the first time.

The difference is that Ayra Starr has more ‘lamba’ and her music is sprinkled with more native tongue/pidgin.

As part of her introduction into the Nigerian music industry, Arya Starr is out with her self-titled debut EP ” Arya Starr ”. It’s a 5-tracks project that feels with soulful vibes and sweet melodies targeted toward the Gen Z market and it’s about love and coming of age.

Her first official video as an artist, and also off the EP, Away is out, and it was premiered on Clash Magazine hours ago.