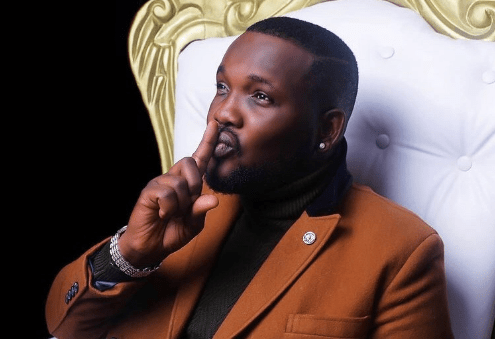 Who Is Yomi Fabiyi?

Yomi Fabiyi is an award-winning & popular Yoruba Nollywood actor, movie producer, filmmaker, screenplay artist, and master of ceremony. He was born in the Somolu area of Lagos State, Nigeria.

The talented Yoruba Nollywood actor and highly controversial so-called human rights activist, Yomi Fabiyi, was born on the 31st of May, into the family of Fabiyi.

The veteran actor Yomi Fabiyi was born in the family of Fabiyi about four decades ago, and he’s the second child of his parent, and he grows up alongside his siblings in the Somolu area of Lagos State. His mother is Late Folawe Fabiyi and his Sibling’s name is Peter DJ Flex and Ruka.

In some of his various interviews, the Nolly actor reveals that his parent taught him the good values of morals, and he’s grateful to them for that.

Your favorite Nollywood starYomi Fabiyi was hailed from Ogun State.

Sometimes in 2010, a report had it that he’s married to a British woman known as Fran, but their marriage lasted for five years. During the period of five years, Yomi Fabiyi’s wife had a baby named Metomi: Oluwametomi Moyioluwa Fabiyi, meaning God knows what I merit. Yomi Fabiyi’s son was born in South Africa.

As he fondly called, Yomi Fabiyi attended the Odunlade Primary School and Igbobi College in Shomolu for his Primary and Secondary Education respectively.

Sometimes in 2001, Yomi was introduced into the acting world by legendary Yoruba Nollywood actor and comedian Babatunde Omidina, popularly known as Baba Suwe, and he made his debut acting in Baba Suwe’s blockbuster movie,” Obelomo ‘‘ in 2001. He gained stardom popularity after he featured in the movie, Ona Abayo, where he played a dual role.

And ever since then, he has acted and worked on over 100 movies to date. In his over two decades in the movie industry, he had worked with several TV screen favorites such as Desmond Elliot, Hafiz Oyetoro “Saka”, Keji Yusuf, Kemi Afolabi, Jide Kosoko, Ayo Mogaji, Hakeem Rahman, and many others.

Fabiyi had acted in movies such as:

Over the years, he had received several awards for his role in the movie industry, and here are some below:

Yomi Fabiyi clashes with his fellow colleagues in the Yoruba movie industry, Iyabo Ojo, following his provocative comment he made in the ongoing Baba Ijesha Rape Sage, for been a rape apologist (You can get all the information HERE). For days Yomi Fabiyi and Iyabo confrontation were talks of the town on various social media platforms.

For clarity and authenticity, Yomi Fabiyi’s net worth cannot figure out.

Yomi is one of the popular entertainment in Nigeria, his Instagram followers alone are over 550 thousand followers.