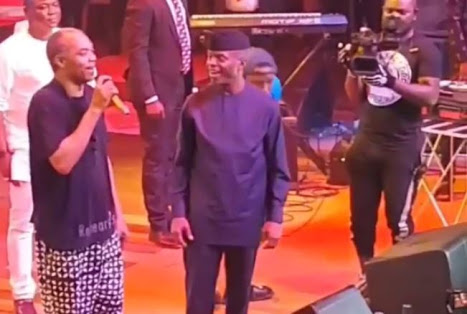 Surprisingly, he said this openly declaration in the presence of the Vice President, Yemi Osinbajo, who visited the legendary Fela Anikulapo Kuti’s ” New Afrikan Shrine ” as the 2018 ” Felabration ” wrapped up and some drama happened.

Femi Kuti: I dey my house when he come say make I support am. I tell am say I no fit support (Buhari/Osinbajo) because of my papa (Fela)….

Don’t expect Tolu to show you this bit.

But How did President Buhari Easily Lose So Much Love In Less than 4 Years? Sigh!