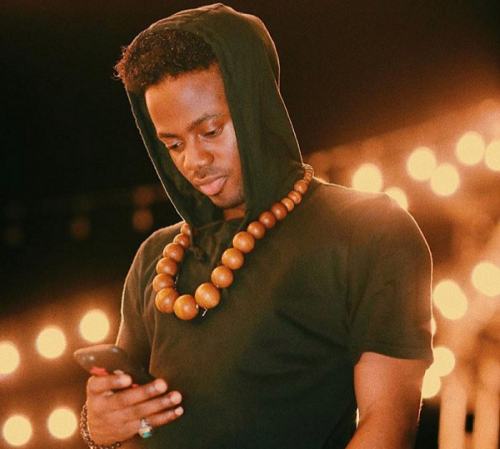 When on January 28, 2015, tunes of ‘I Don Get Alert… God Win. And I Don Pay My Rent… God win. Dem Be Wan Fall My Hand But… God win’, was released to the public, not even Michael Ajereh, popularly known as Don Jazzy could have perfectly predicted that the song would be the major hit that it was.

Upon release that year, the song was well received by music lovers not just in the secular setting but also in the religious scene. The song was nominated for 2015 hottest single of the year at the Nigeria Entertainment Awards, the Headies 2015 Best Pop Single which he won and at the 2016 MTV Africa Music Awards, where it was nominated for song of the year.

According to the singer, whose Afro hairstyle and smile earned him a spot among the Yoruba ‘daemon’ (as social media puts it) list, the song ‘Godwin’ was a product of divine inspiration.

The song earned some bit of controversy when it was performed at Harvesters International Christian Centre (HICC), Gbagada Lagos, as he was criticised for mounting a pulpit to perform as a secular artiste.

However, his response, as told to NET was: “If you are the pastor of a church and you invite me to perform the song, Yes I will perform the song again. It’s God’s song and whatever is happening now is predetermined. People are talking about God; that’s all that matters”.

Korede Bello became a household name in 2014 when he signed a recording contract with Don Jazzy. Following his breakup with long-time friend and business partner, D’banj, Don Jazzy decided to restructure Mo’Hits by setting up Mavin – a record label.

What Is Happening To Korede Bello?

Upon signing with Mavin, Korede Bello went on to release his debut single ‘African Princess’, which was produced by Don Jazzy. Although the song was well received, it was not the song that was going to put his name on the lips of Nigerians.

Then, just like a master player in the game of chess, he delivered a checkmate with ‘Godwin’ and, faster than he could have anticipated, the song took over the airwaves. Describing the song, Korede Bello said: “I had always wanted to do a song that would touch all demography and that everyone could relate to. I have always dreamt of having a song with a message that people would dance to in the clubs and the same song could be sung in church”.

However, with time, he seems to be losing touch with the hit-making status ‘Godwin’ gave him. Korede Bello struggled to score a hit in 2017, as his self-titled album, ‘Belloved’ did not receive the expected attention, despite Wizkid posting and promoting it on his social media handles.

Korede’s inability to score a major hit with the album saw him experimenting with different sounds, as his musical direction has changed from what he is known for. In 2018 alone, the singer has released a whooping eight songs — ‘Together’, ‘Sote’, ‘Stamina’, ‘Champion’, ‘Work It’, ‘Bless Me’ and ‘Melanin Popping’, all of which have failed to make a major mark like ‘Godwin’ in the mainstream.

On Youtube, ‘2geda’ is the most streamed of all his releases this year with more than 494,000 views in three months. With his fan base, Korede Bello could have expected better, but has not done badly considering the variables. These days, the singer has taken to social media account to engage his fans, while he tries to rediscover his mojo. While he does this, the question many fans are asking is ‘What is happening to Korede Bello?’

Only time will tell.

What Is Happening To Korede Bello?