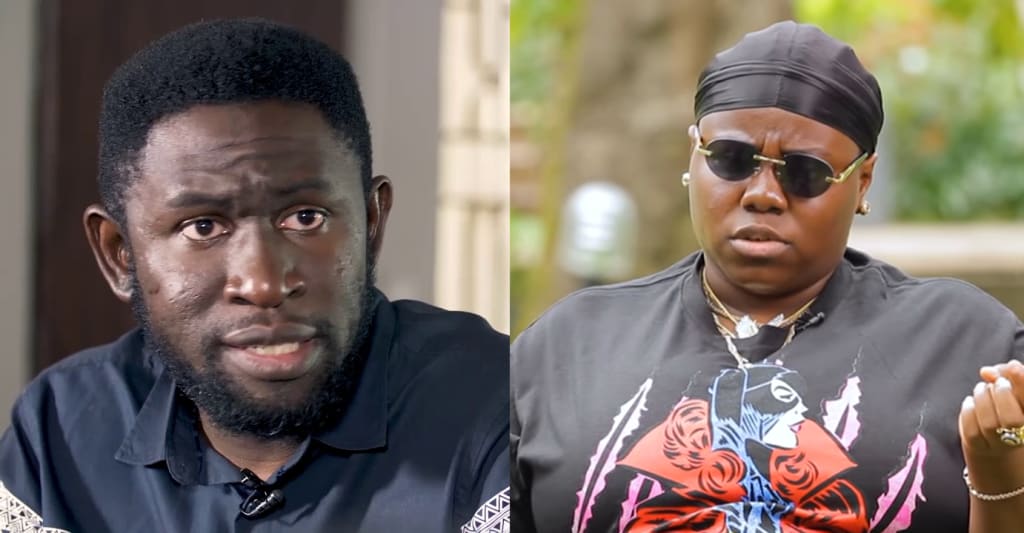 Sometimes in 2018, former music journalist and Editor-In-Chief for Pulse Nigeria, Osagie Alonge, made a provocative comment about then rising Nigerian Afro-pop star, Teni, about her music career aspiration and her body weight.

Osagie Alonge, who’s the host of popular Pulse Nigeria‘s Podcast, Loose Talk Podcast, along with Ayomide Tayo & Steve Dede, reportedly gives out his opinion on the aspiring pop star Teni along with what his colleagues thought about her music and aesthetic. They said:

I think Teni shouldn’t be a singer and should be a songwriter, I said it. If you’re A&R the imagery is going to be hard to sell. I’ve spoken to people in this industry who said before she had this hit (Askamaya), Teni – the image is going to be hard to sell. That’s why the Fargin video didn’t work because they were trying to sell her as a chick and blah blah. I think she’s a very good songwriter. As an artiste, it’s going to be hit or miss. If Teni wrote Askamaya for Tiwa Savage, Mummy Jam Jam will buy Bentley for Jam Jam. I talked to a top music exec and he said, ‘Fam, the look doesn’t work’.

During those time, Teni did not say anything about Osagie Alonge‘s remarks on her, but 3-years after she reacted to those remarks in her recent interview with the time, With Chude, the For You singer finally opened up about what she thought about those remarks.

Here’s what she said, while speaking to Chude about the remarks, Teni said about Osagie:

I didn’t know the guy like that. Now if it’s somebody that I know that’s in my space – I know you, you come to my house, you know my family and you want to say that about me, I’ll feel hurt cuz you have my phone number, you can reach me. But this one I don’t even know you like that. If I see you outside, I might not even say hi because we don’t have that relationship. You don’t know me so why should (what you’re saying) count.

I just feel like I’m in power. When you can’t say it to my face, you’re scared. It doesn’t matter. Now when you say it to me, we would have some problems. But he didn’t say it to me. There are a million and one Tenis out there, he might not be talking about me.

Plus, what he said was just very dumb and stupid cuz are you quantifying success to people’s weight or being skinny? What you should be concerned about is am I healthy? That’s what I try to educate Nigerians on. Just because somebody is fat doesn’t mean they’re not healthy. You might be skinny but are you healthy? Have you checked your blood count? When last did you go to the hospital?

I get checked out two, three times a year both in Nigeria and in America. I have good health care. I’m fine. Worry about yourself. Go and get checked. I know some people worry and say I hope she’s fine. Well my cholesterol is fine. My heart is fine. I know sometimes it’s from a place of love.

Being a woman and then having the audacity to be in a space where you don’t want to be someone else. You’re gracefully walking in your glory and then people get offended by that. They get offended by it and I don’t have time. You see this time frame I have that God has sent me here to be the best me, instead of me to use it worrying about you, I’m building a legacy.