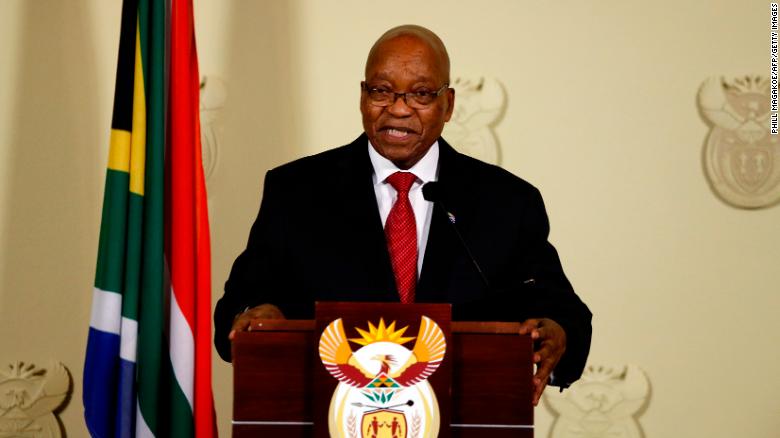 After several weeks of speculation, Jacob Zuma has finally resigned as the president of South Africa, according to Times Live report. After he has survived a string of scandals, but eventually his party repudiated him. Jacob Zuma resigned in a live televised address to the nation, after repeated efforts by his party ANC to get him to resign.

“I resign as president of the republic with immediate effect, even though I disagree with the decision of the leadership of my organisation,” he said.

Zuma had previously refused to resign, despite party leaders and the people demanding his resignation.

He had previously said he found it unfair that his party were forcing him to resign, adding that he was being victimised.

In his resignation speech, however, Puma said: “no leader should seek an easy way out simply because they could not face life at the end of their term without the perks that come with their political office.”

After Weeks Of Speculations, Jacob Zuma Resigns As South-Africa President

Puma added that he will continue to serve South Africa and the ANC. He said:

As I leave, I will continue to serve the people of South Africa as well as the AN.

I fear no motion of no confidence or impeachment. They are the lawful mechanisms for the people of this beautiful country to remove their president.

I’ve served the people of South Africa to the best of my ability. I am forever grateful that they trusted me with their highest office in the land, but when I accepted the deployment I understood and undertook to subject myself to the supreme law of the land, the Constitution.