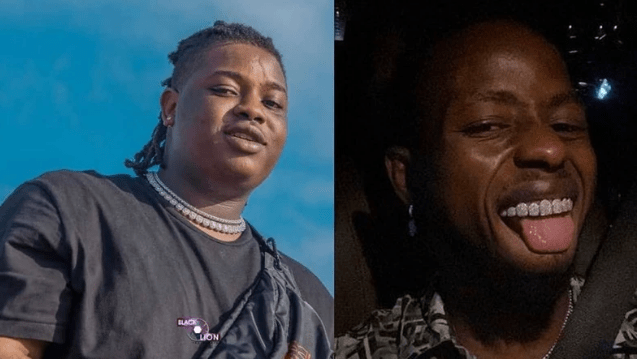 About a few hours ago, we reported to you about the death of CashNation Entertainment, Kashy is dead but a recent report had it that Afrobeats star Barry Jhay has been arrested in Ghana, in a connection related to the death of his label boss, Kashy.

When the news first broke out, it was reported that Kashy committed suicide by jumping from a balcony in Ghana. But sources close to the situation have reported that Barry Jhay has been arrested in connection to the death of Kashy.

“Barry Jhay and Karshy had a fight in Ghana over accounts and other label-related issues in Ghana. When the argument got heated, Karshy punched Barry Jhay in the mouth.

However, few hours before Kashy‘s death, Barry Jhay shared a video of his bloodied mouth on social media.

“See the way this guy beat me,” he said in Pidgin English.

“I didn’t do anything, I was recording. I’m done with Kash Nation,” he also said.

Video footage of Singer Barry jhay after he allegedly fought with Kashy pic.twitter.com/UtWoEkW0Z7

Inside Story: Barry Jhay Arrests in Ghana, In Connection to the Death of His Late Label Boss, Kashy

A man named Rina, who is a friend and brother of Kashy, indicates that he was killed by members of a confraternity that belongs to Barry Jhay, not the viral report that he commits suicide.

He wrote that: “My brother gave you his Benz worthy nine million naira. He gave you his Hublot worth 15 million Naira. You’re dead, Barry Jhay.”  “He was putting on his shoes and some blogs and idiots are saying that he committed suicide. My brother was killed!”