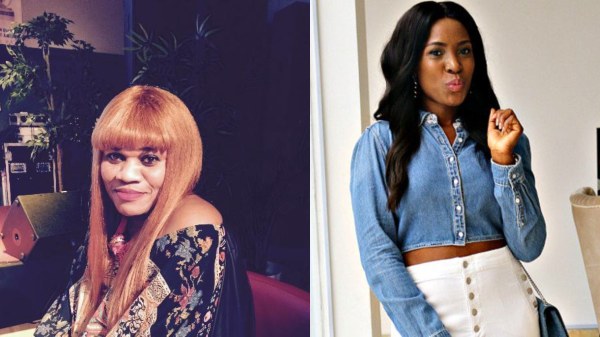 Famous Nigerian bloggers Stella DimokoKokus, known as SDK and Linda Ikeji are at it again over the theft of an exclusive content published by Linda Ikeji without giving credit to her in the supposed interview she conducted.

The ending war between Linda Ikeji and Stella deteriorated as SDK call out Linda on social media, and also threaten to teach the nursing mother of one lesson next time this happens.

Stella stated that Linda Ikeji quoted her interview like the interviewer doesn’t exist as she wrote on her Instagram;

The openly call out by Stella Dimikokorkus has raised several concerns among online users over the longtime rosy relationship between Linda and Stella. However, that particular exclusive content is yet to be known to the public, but there are speculations that it might be the identity revelation of the owner of the popular Instagram blog, Instablog9ja.

This is coming months after Stella Dimokokorkus recently addressed her beef with Linda Ikeji, who recently welcomed a baby in the United States. In that shading post, she shares a photo of a ring interpreted to be shading Linda Ikeji:

I love Ring Stories but unfortunately there is no ring. I hate lies. I’m a married woman without a ring. OMG 💰🐀😘😜

Jubilation Erupts as Sen Hope Uzodinma was Given Heroic Welcome in Imo State
Audio Convo: Epic Revelation As Bukola Saraki Reveals Why He Oppose Buhari As He Addresses His Followers In Kwara
Advertisement