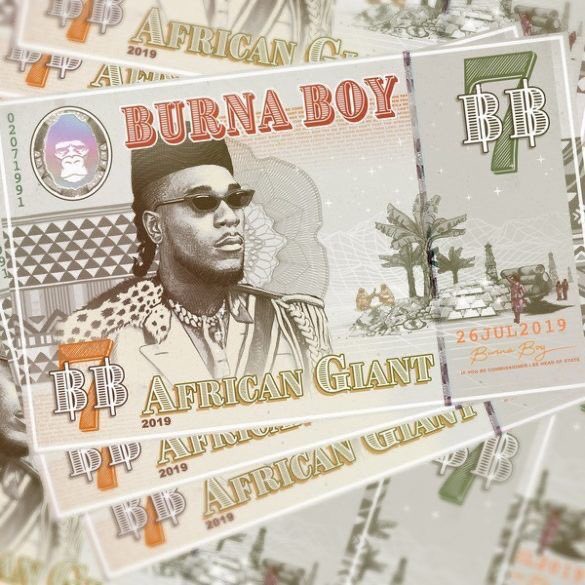 The self-acclaimed African Giant star becomes the first Afrobeats artist to be nominated Grammy Awards in the ” World Music ” category alongside legendary singer Angelique Kidjo, Amsterdam based Folk rock bank, Altin Gun and many others.

African Giant was supported by six singles: “Gbona”, “On the Low”, Killin Dem”, “Dangote”, “Anybody” and “Pull Up“.

Our very own Burna Boy has been nominated for Grammy’s!
African Giant to the World 💪🏽 pic.twitter.com/jIPpz8goRm

Burna Boy bragged and called himself an #AfricanGiant

We rebelled and dragged him !!!!

After Two Years Of Boyfriend & Girlfriend with Adorable Daughter, Cristiano Ronaldo and Georgina Rodriguez Are Getting Married… Details Of their Wedding Here
After Seven Years From Debut His Album, Davido’s Long-Awaited Album ” A Good Time ” Is Finally Here + Download Davido — A Good Time Album
Advertisement