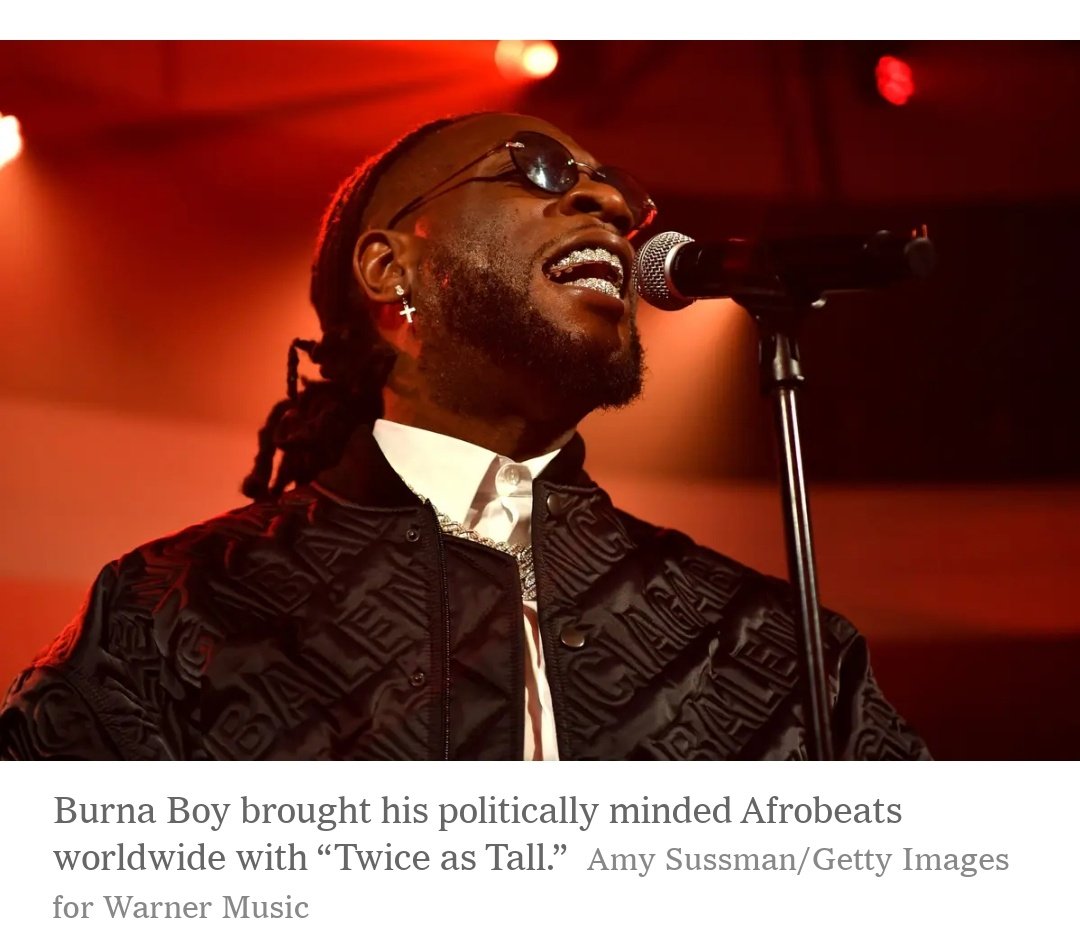 Nigerian Afro-Fusion music superstar Burna Boy‘s ” Twice As Tall ” album was named among one of the best albums of the year by the prestigious American legacy media platform, New York Times.

According to the New York Times editorial, Twice As Tall by Burna Boy lives up to that broader mandate with a profusion of sleek, diverse, constantly inventive grooves that traverse Africa and its diaspora.

On August 14th, Twice As Tall was released under Burna Boy‘s Spaceship Entertainment, Atlantic Records, and Warner Music, with American Hip-Hop legend Diddy, as executive producers of the project.

In other news, Burna Boy‘s Twice As Tall also named as one of the best albums for Grammy Awards 2020, for the Global Album of the year category.

Wow! The New York Times just listed ‘Twice As Tall’ by @burnaboy as the 7th best album of 2020 across the world. 👏🏾