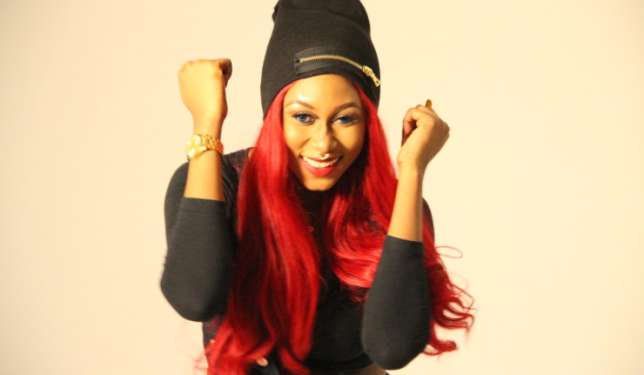 Former Jude Okoye‘s Northside Inc label imprint act and Nigerian dancehall singer Cythian Morgan who has been off the music scene for quite some time now has returned back with new music, accompanying with visual video and changing her brand identity to a new one.

The German Juice singer changes her brand new identity from Cythian Morgan to Madrina as she’s out with brand new single titled ” Billion Dollar Woman ”, although the opening scenes of the new video, she still had the name ‘Cynthia Morgan’ boldly reflecting on it. While speaking with her fans on social media, Morgan said that she never left and has been working for her fans.

The video for Billion Dollar Woman was directed by M for Ehison Films.

While this was ongoing, she kept putting out singles like Summertime, No Cameras and In Love, but they were not getting the attention as her previous efforts.

The was soon followed by a quiet exit from the scene, which led to a social media post by popular actress, Adesua Etomi some days ago asking, ‘‘Where is Cynthia Morgan”?.

As if responding to the call, the artiste perhaps going through her re-branding process announced her own label imprint, The Cynthia Morgan Company (TCMC) and created a new Instagram account with the name ‘officialmadrina’.

DMW’s Boss Davido Acquire Private Jet
Youth Decide: Between Buhari & Davido, Who Are You Voting For As Nigeria President In 2019
Advertisement