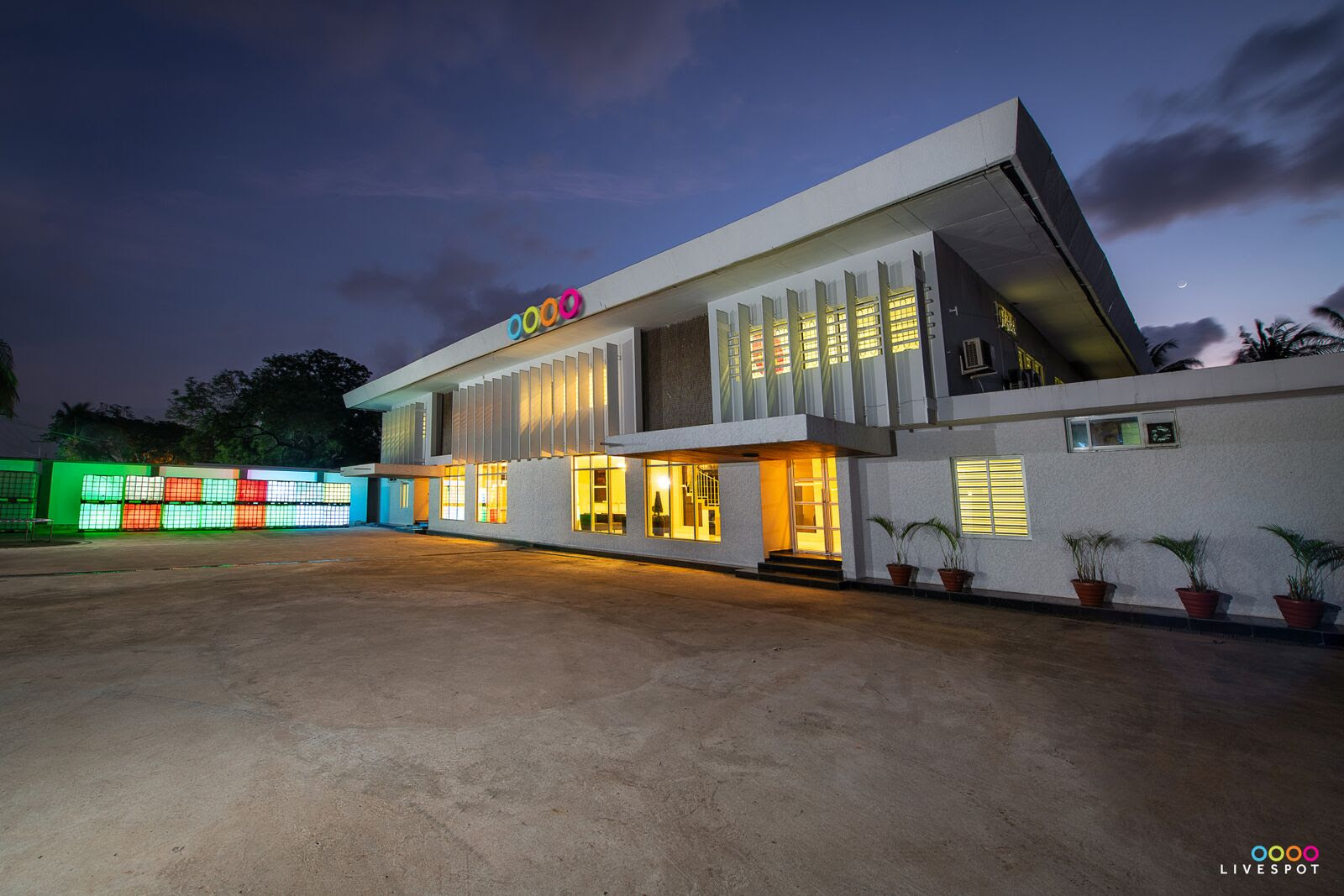 The co-founder and CEO of Livespot 360 and adorable wife of Nigerian R&B singer Dare Art Alade, Deola Art Alade opened it office door as she gives selected journalists a tour of their $100M office in Ikeja, Lagos.

However, the funky offices are not exactly new in the world of technology, but the scale, size and interior decor of the Livespot office make it rather unique.

How about we give you a sneak peek into the office….shall we?

Reception Area: First impressions are an important part of human interaction. Because of that, the reception or lobby areas can be an important element of the office – allowing you to give visitors positive feelings and impressions as they enter your office.

What do you think about Livespot’s reception area?

Ideas Hub: What powers @Livespot360? Ideas and execution!  Livespot’s ideas hub has been engineered to naturally spur the type of creative thinking that can turn an idea into a scalable innovation.

Creative Department: A little secret Livespot’s creative citizens might not tell you; as soon as the senior creative strategist has a brainwave, it ripples through the entire team, and soon enough they’re making frenzied sketches on paper, making mockups and testing the ideas in the real world.

Music Studio: Old habits die hard, and that’s a good thing; Livespot’s strong background in music means they have both the talent – and the equipment – to produce, and quickly, jingles, music, theme songs and even musicals.

Overseen by Darey himself, Livespot’s Digital and Analog studios have contributed in no small way to what you listen to on the radio and what you hear when you watch a TV Ad.

Can you spot the four Livespot Archetypes: Starting from the left, 1. The Magician 2. The Creator 3. The Ruler 4. The Rebel.

Lounge: Livespot’s lounge is second to none! Sit, have a drink – tea or coffee?

Meeting Room: Meetings happen to us all, don’t they? Well, Livespot has these little rooms for small teams to quickly distil the nuances of every brief. Oh, look, on the wall – snippets of Its Manifesto!

Fitness Gym: One way to improve the physical fitness of employees is to invest in a corporate gym and Livespot has done just that.

Conference Room: Every office needs her control/command centre. Well, this is it. Livespot’s conference room, where the biggest ideas are discussed and the briefs are broken down into chunkier bits.

Courtyard: Work, play, or both? Livespot’s courtyard is dynamic and can become whatever it wants to be whenever it wants. Here’s a little secret: some of Livespot’s best ideas have happened at the courtyard over drinks, games, music and food.

Creche: Livespot’s teammates – sometimes have little citizens, too, and they don’t have to be far away from their parents. Top secret: The creche is actually the most comfortable room in Livespot!