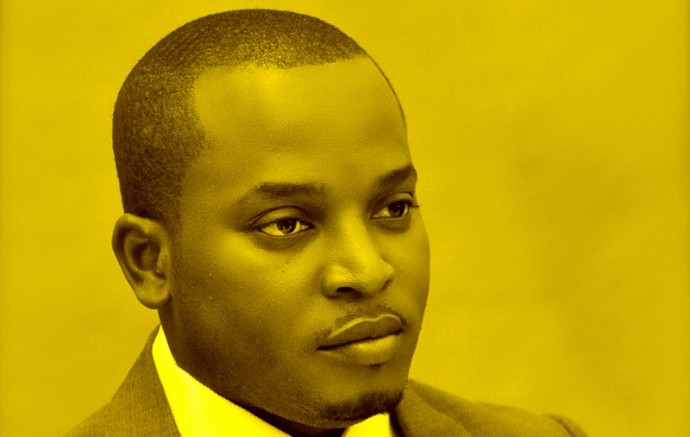 Nigerian music artiste, Eldee The Don has waded into the debate between celebrities concerning the activities of Yahoo boys. It all started when the Economic and Financial Crimes Commission (EFCC) raided Club 57 and arrested some internet fraudster. The news generated a lot of buzz with celebs divided on the priorities of EFCC.

One of those who has taken a stand against the activities of Yahoo boys is Eldee The Don who blames himself for a son he did which glorifies their kind of lifestyle.

One day in 2010 while doing a red carpet interview, an interviewer asked me: “I listened to your song big boy, while I do like and enjoy the song, don’t you think the lyrics are a little misleading? I mean you’re glorifying a materialistic lifestyle…”

She contd…”How do you reconcile that with some of your previous more socially conscious music?” Without thinking deeply about what she said, I immediately responded that I wrote the song to motivate young people to be successful.

I added that I don’t understand why anyone would try to suggest a negative meaning to this amazing song that is doing so well at inspiring young people to be everything they can be.

We didn’t have time to talk any further because we had to move along quickly and do another interview and but I noticed as we walked away that she looked disappointed.

I didn’t think much of it at the time. I mean, she fell right into the category of the “haters” I was describing on the song, so I just moved on.

There was a part of what she said though, that stayed with me and continued to echo in my head. It was the part where she asked how I was able to reconcile “big boy” with some of my previous more socially conscious music.

A few years before, I had released another successful record titled “I go yan”. I go yan is a socially conscious song that tackles the shortcomings of African leaders.

When you place those two records side by side, the contrast is evident. The more I thought about what that interviewer said to me on the red carpet that day, the more clarity I had about the contradiction.

How can I care so much about the plight of my people and at the same time promote oppression and materialism? I struggled with it for a while but I eventually developed a coping mechanism that helped me get past the feeling of guilt.

My coping mechanism was that in the expression of art, it is ok to have contradicting positions from time to time so I thought it ok to one day feel like Bob Marley and another day feel like Diddy.

Even the late great Tupac Shakur made records that if placed side by side are contradictory. Compare “Dear mama” to “Hit em up” for example, same artist, different emotions. That was how I coped with my own contradiction.

Truth is, people who are close to me know that I’m more of a Bob Marley than a Diddy. In my natural state, I’m more socially conscious than flashy. Much of my music doesn’t give off that vibe though, primarily because a lot of my music was made to cater to my audience.

Recently, I started wondering,…why do people connect so well with materialism? What is it about a flashy lifestyle that is more exciting? Why is more respect given to people who are considered to be rich and wealthy in society?

The answer may seem obvious but the more I learn about human behavioral psychology, the more I realize that a lot of it lies in our personal insecurities.

Our insatiable need for acceptance and regard in our society drives much of how we perceive ourselves and the decisions we make in our daily lives.

And because of that, our perception of who we are and what we are worth has become one of our most basic human needs, right after food, and security.

Poverty has a strong impact on our self esteem as a people. The need to fill a low self esteem gap with material things is what has led our society as a whole to where we are today.

Today, we have a society that doesn’t respect honest work. A society that insists on the display of wealth for social status. A society that has raised the bar so high for everyone that even the rich have to lie about their true financial capacity.

We have a society that today finds justification for corruption, armed robbery and fraud…because it doesn’t matter anymore how you get it, just get it, and for no other reason than to flaunt it.

I made the song “big boy” and unwittingly contributed to the decay…I know better today.