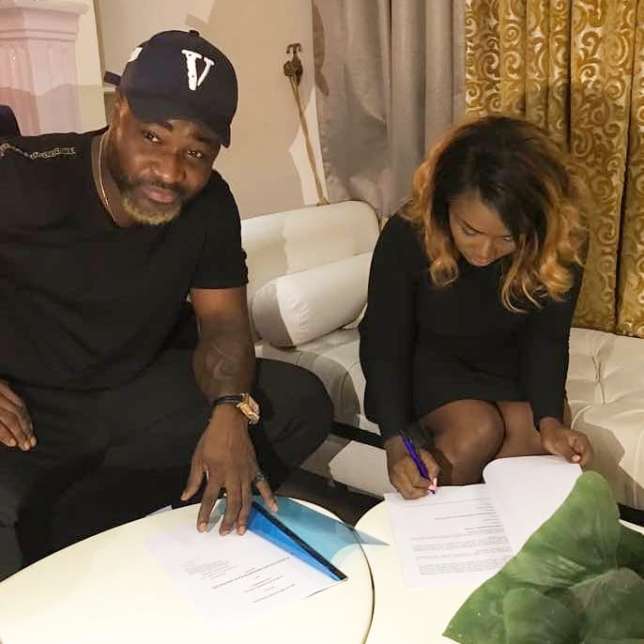 After his exists from Kcee‘s led Five Star Music, sometimes last year, Nigerian singer and songwriter Harrysong has signed to his label imprint. The budding record label owner and the ” Beta Pikin ” singer took to his social media pages to announce the singing of singer — Lami Philips to his Alter Plate Music imprint.

She becomes the first artiste signed under the label imprint, as she was described as ” First Ldy of Alterplate ”, a company he founded after his controversial exists from Five Star Music in 2016. Lami Philips is US based Nigerian Neo-Soul/Afro-pop singer & songwriter.

She released her debut album, “Intuition,” in 2009, which housed the popular single, ‘Know’, featuring M.I Abaga. while her own EP titled “Love” was released in 2013.

Over time, she’s diversified her skills, extending her talents to theater and screen acting.