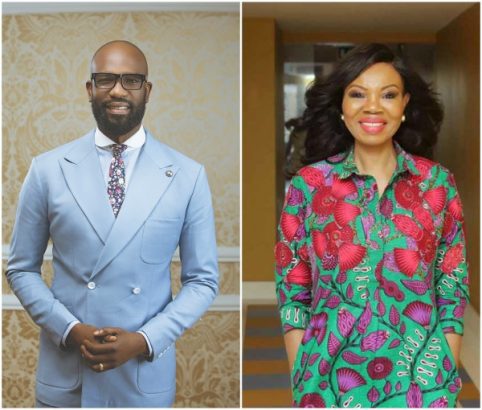 According to Betty Irabor, reportedly said that Mai Atafo came to work with her after his resignation and she was scared because Genevieve Magazine cannot afford to hire him as much as he’s earning before. However it became apparent that Mai was driven by his passion, not after the money.

When he got a job as a fashion Editor with Genevieve Magazine, he was very humble. He was eating in local places with his colleagues. The only different thing was his big car.

This is how to be INTENTIONAL.
Ohimai Atafo @maiatafo left a 7 figure paying job as Brand Manager of Guinness Stout to chase a fiery, burning passion in Fashion In 2010. When he called me that year to say he wanted to freelance as Genevieve fashion editor, I told him we couldn’t afford to pay him. He said it wasn’t about the money .. “I realised that if I didn’t make a move to follow my heart and make a living out of my passion I probably wouldn’t have another chance. This was because if i got a promotion at work I most probably wouldn’t be able to push on with both careers and one would definitely suffer. I also figured that after over 8 years in marketing if the fashion dream failed I could always get a job in brand management with my experience”. He explained. So Mai came on board as the Fabulous Fashion Editor of Genevieve on a monthly allowance of N250k. Some of his fashion ideas were too crazy for us but hey we probably needed some crazy in our fashion editorials. We hit some and missed some. And that was ok too. At Genevieve, he was just another regular member of the GTEAM and not the boss guy from the corporate world although he was cruising into the office in a Merc Jeep! He ate “mama put”with his team and ran errands when called to do so. By the time Mai left two years later, he was well on his way to becoming who he set out to be in 2010. He knew what his end game was and he didn’t leave anything to chance, he worked towards it and knows that even now he is still work in progress. So how intentional are you in the attainment of your goals?? Still standing by the poolside and testing the waters with your big toe or still Praying without actions or Waiting for the mountain to come to you and Blaming everyone for your lack of drive? Won’t or can’t take a risk?? Ok, here’s the thing; Nothing moves until you move! How badly do you want IT? Then what are you waiting for. Go on, stir things up..you have wasted enough time already!
#Bestrategicwithyourplans! #Go bold! #Shewhodares wins#dontjustsetgoalsscorethe