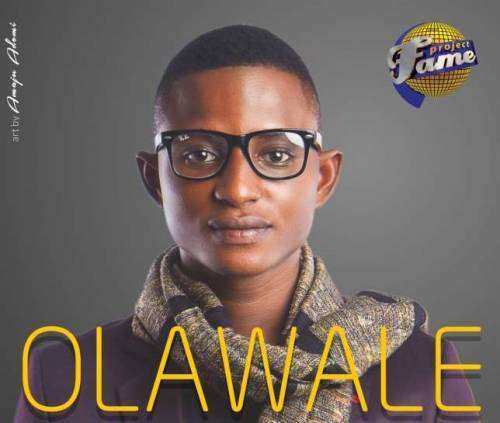 The winner of six edition of talent reality show, MTN Project Fame Olawale Ojo, says that he decided to become a cab driver in order for him to avoid depression. He told journalist Tope Delano how he had to swallow his pride and hustle just to make money because he started getting depressed at home.

Olawale who received the sum of N5 million, an SUV and a recording contract after winning the reality show in 2013 started working as a cab driver to fund his studio sessions. In the video, the singer said he had to make a decision between selling the car he won at the reality show to promote his music or not.

“This car that you have, if you sell it to push yourself, you might not even be able to shoot a proper video and promote it. And it’s not like there is a guarantee that this song you are promoting, this money you are spending you will get it back. So, I felt selling this car would not be an option for me. And, I just told myself that you have to swallow your pride, you have to forget whatever it is; you have to forget the platform or the brand that you represent and you have to hustle; you have to make money because if you die…

“I started getting so depressed at home, crazy thoughts that I can’t even talk about, but at the end of the day I felt, if you kill yourself…” Olawale said in the Instagram video.

Olawale released his first album titled Almost Famous in 2014. The album featured the likes of Lil Kesh, Skales and Tiwa Savage. His latest single is titled Blessing and it features Dotman. Listen to it HERE.

Watch him speak below:

Tour. Learn. and Unwind. in Calabar
Samklef Open Ups On How He Struggle With Depression
Advertisement