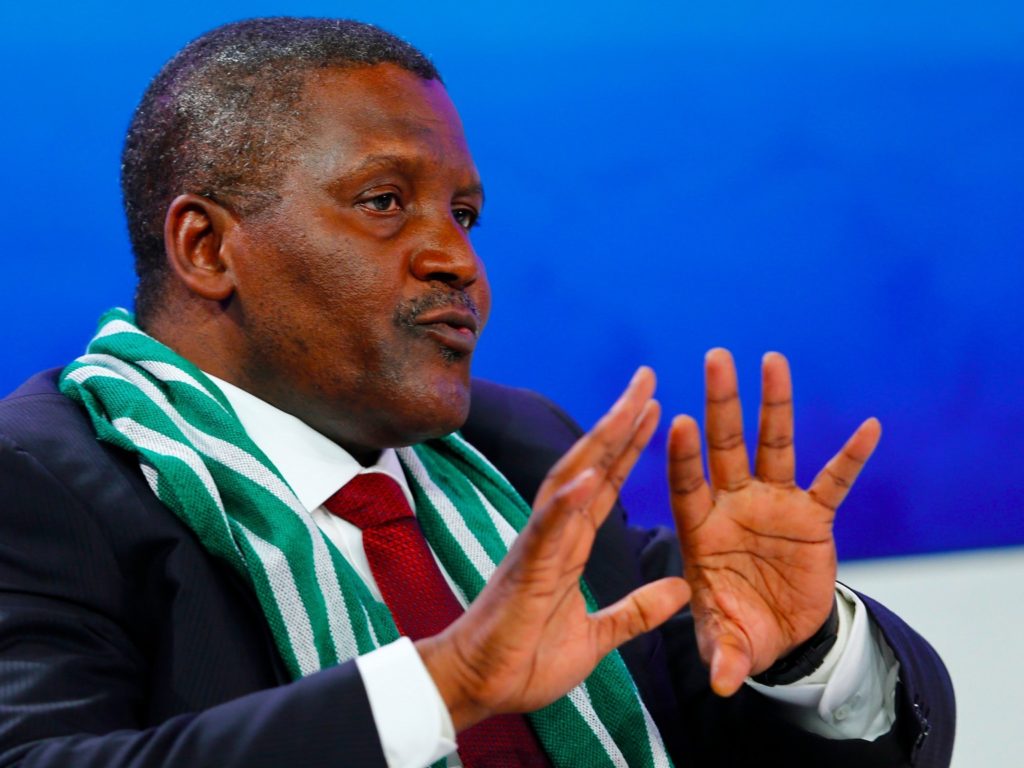 Reason Why Aliko Dangote is Not Only Richest Man, But Also the Smartness Businessman in Africa

South Africa’s Tiger Brands reported to have sold its unprofitable stakes business in Nigeria to Dangote Industries Limited. The reports further says that Tiger Brands reached agreement to sell off its 65.7 percent stakes in Flour Mills back to Aliko Dangote for at $1 per share.

Barely 3 years ago, the South African based food producer, Tiger Brands acquired the Flour Mills company from Dangote at $200 Million in an investment the company eventually lost .

Contrary to the new deal agreement reached by Dangote indicates that Tiger Brands will receive an immediate cash injection of $46.1million, taking ownership of a debt of about $26.3 million.

On the 25th of September 2012, both companies  announced that they had just concluded a transaction, which resulted in Tiger Brands acquiring a 63.35 percent shareholding in Dangote Flour Mills Plc for approximately R1.5billion. According to the agreement, Dangote retained a strategic interest of 10 percent in the company for a minimum period of five years, with Aliko Dangote continuing as Chairman of Dangote Flour Mills. Surprisingly, Standard Bank and ACL Capital Partners advised Tiger Brands on this deal.

Earlier this year, Peter Matlare, CEO of Tiger Brands, admitted that his company failed in the assessment of the ways of doing business in Nigeria, as well as the competition in the country.

Months after the Nigerian acquisition, the South African company increased its stake to about 70 percent. However, in the first year after investing in this deal, Dangote Flour Mills reported a loss of $40.5 million while in 2014 it also reported a loss of $34.3 million.

Reason Why Aliko Dangote is Not Only Richest Man, But Also the Smartness Businessman in Africa

No one in business ever makes a deal to record a loss but this what Tiger Brands is currently going through with the Flour Mills deal. Aliko Dangote is a good example of a businessperson who knows how and when to take calculated risks. From the inception, he has been smart creating a monopoly in the importation of consumable goods such as sugar and cement and now he is expanding to various regions in Africa.

In 2012, amidst turbulence in the Nigerian stock market, Dangote smartly sold a 63.35 percent stake in the Dangote Flour Mills Company to Tiger Brands for $200 million. Now, Dangote is offering to buy 67.5 percent of the company for an amount lower than what he sold it for in 2012  once again giving him full control of Flour Mills.  This deal also see Dangote’s net worth, which fell to 14.7 billion in 2015 from $25 billion in 2014, increase again in 2016.

Terms of the new deal between Dangote and Tigerbrand: