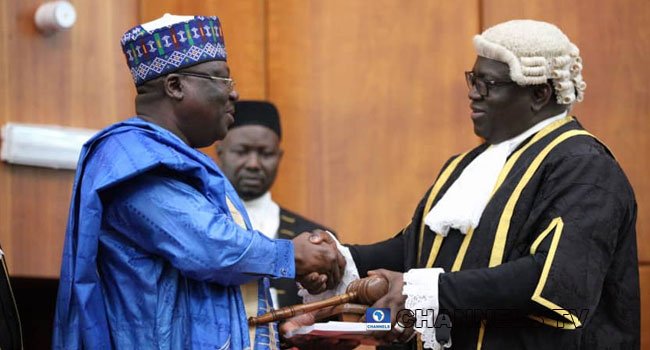 The clerk of the National Assembly, Mohammed Sani-Omolori, revealed that 107 senators cast their votes, Ahmed Lawan had 79 votes, while Ndume had 28 votes.

He was immediately sworn-in by the clerk of the National Assembly. Before the emergence of Ahmed Lawan as Nigeria Senate President today, he had the backing of Nigeria’s President Muhammadu Buhari and leaders of the ruling party All Progressive Congress (APC).