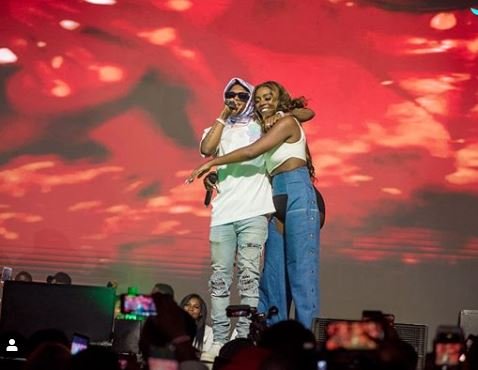 One of the major discussions in Nigeria’s entertainment industry for this year is the public love of affection between Nigerian Afrobeats king Wizkid and Afrobeats Queen Tiwa Savage, as both stars have been seen in different occasions touching & romancing each other on stages.

As part of setting the record straight, Tiwa Savage says her relationship with Wizkid is nobody business, as in you guys should not bug anyone.

The 36-year old singer and mother of one, Tiwa Savage said she knows a lot of people have been talking about how an old woman like her will be in a relationship with a young man like Wizkid irrespective of the age difference.

During the Tiwa Savage‘s Everything Savage Concert yesterday in Lagos, Tiwa briefly commented on the relationship between the two, before bringing him on stage to perform. 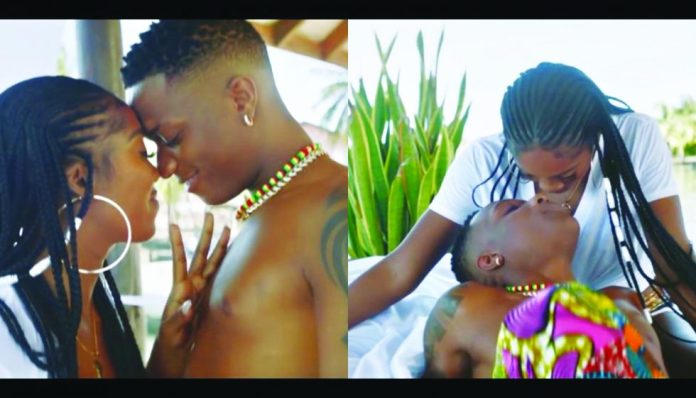 “The last person I am going to introduce is special to me,” she announced, with the fans screaming Wizkid in return even before she mentioned his name.

“It’s not just any kind of relationship, it is a one-on-one relationship and I own him. I don’t care what people say about us. “I might be older but the older the berry, the sweeter the juice.”

“My relationship with Wizkid doesn’t need to make sense to anybody ……. I might be older but, • The older the berry, the sweater the _____?

She had then requested that lights on stage be turned off. Shortly afterward, Wizkid appeared on stage, sending the hall into a frenzy, with fans thronging towards the stage to have a shot of the music star.

” There’s Genuine Love Between Us” As Tiwa Savage & Yemi Alade Squash Beef In An Historical Moment As She Calls Her Stage At Everything Savage Concert
ComplexCon Presents The Rise of Afro Pop Panel With Wale, Davido, Afro B, P2J & Others
Advertisement