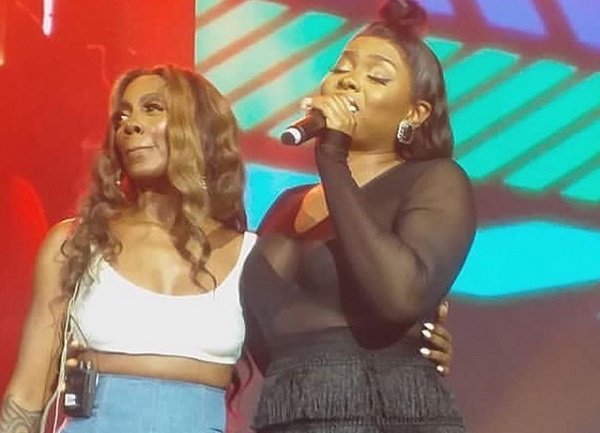 The duo of Nigerian Afrobeats queen Tiwa Savage and Yemi Alade allegedly put an end to differences or rift between them, as they both seen on stage together at the Tiwa Savage‘s Everything Savage Concert in Lagos, yesterday.

Both Tiwa and Yemi ended their protracted “battle of supremacy” of who’s the queen of Nigeria music industry. However, the two Nigerian music stars have been a force to reckon with the industry based on their consistency, unique offerings and how they have inspired several women through their doggedness to also pursue their dreams.

For a long time now both stars have not collaborated with each other on any project, which has ignited rumours that there is possible beef between them. Although, sometimes in September, Yemi Alade extended the speculations when she said a music collaboration with Tiwa Savage might never happen due to the “troubles” from their fans.

But Yesterday night at the Tiwa Savage‘s ” Everything Tiwa Savage Concert ”, organized by Flytime, at the Eko Hotels, Lagos, Tiwa Savage brought Yemi Alade on stage to douse the speculations. She also described the ‘Woman of Steel’ crooner as her “sister”. 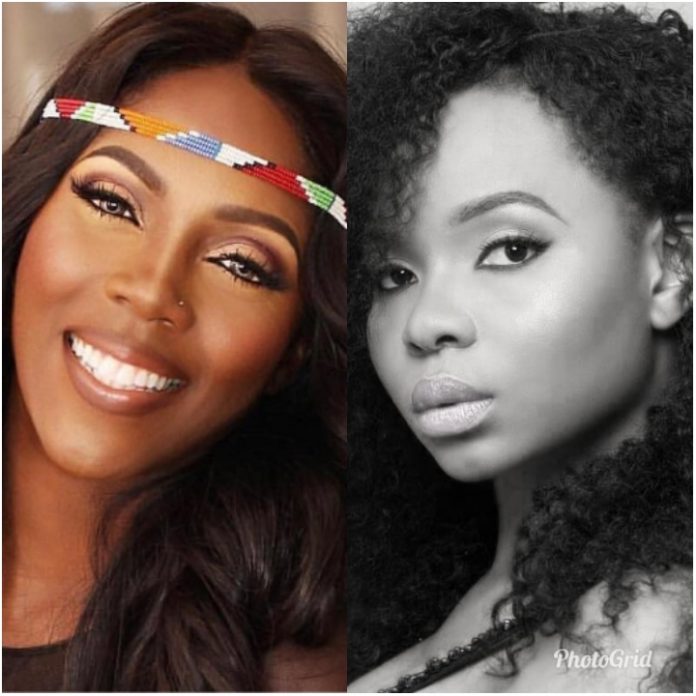 “I am very happy to announce to my dear sister coming on stage. From this very moment, I don’t give a hoot about what you hear on Twitter or Instagram. If it’s not about my love for my sister, do not believe it,” she said.

“There is true and genuine love between us and I am so happy she honoured my invitation to be right here with me on stage. Thank you so much, let’s do this for the culture. We are going to do great things together.”

The moment Tiwa brought out Yemi Alade at her #EverythingSavageLagos concert. I love seeing shit like this (in J Cole voice) ❤😇pic.twitter.com/R7RB9DGAbf

The two singers then exchanged hugs intermittently, in what seemed an emotional display of affection while the crowd cheered them on.

After 5 Years, Selebobo Part Ways With Ubi Franklin’s Led Triple MG Label, But Here’s The Reason For That Decision
Are They Truly Dating Or Just Sex Partner? Here’s What Tiwa Savage Have to Say About Her Public Romance Relationship With Wizkid
Advertisement