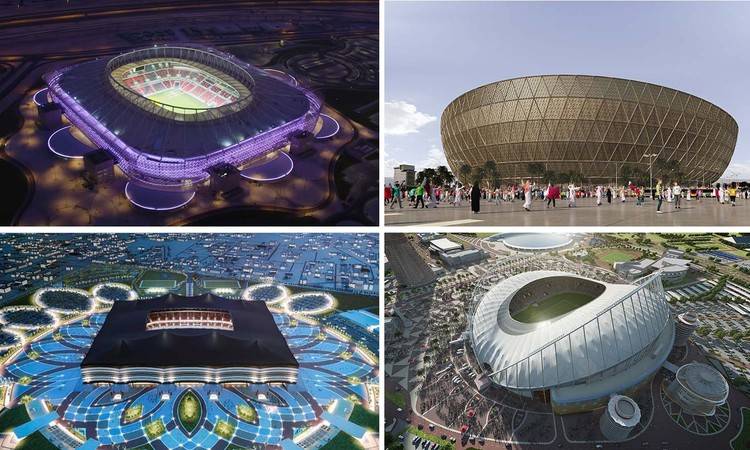 From November 20 to December 18, Qatar will host the FIFA World Cup 2022. The 2022 World Cup, the 22nd edition of the world football championships, is set to be special because it will be the first time a Middle Eastern country will host a football World Cup.

In this article, I will be sharing with you some of the finest stadiums in Qatar for the world cup 2022. So guys sit back and relax to enjoy the profiling of this magnificent construction by the Qatar government for the hosting of the world’s biggest football tournament in their country.

Which stadiums will host the World Cup in Qatar?

The first five proposed venues for the Qatar 2022 World Cup were revealed in early March 2010, just months before Qatar was officially named the tournament’s host. It was also stated that all stadiums would have cooling systems and that their shape and form would be inspired by the country’s history and culture.

How Many World Cup Stadiums In Qatar

In the end, eight arenas with a capacity of at least 40,000 fans were chosen. Seven of these had to be built from the ground up. The only previous venue was Khalifa International Stadium, which was rebuilt for the championships. The match for third place will take place here. Surprisingly, only two stadiums can be completely covered during a game.

How Many Stadiums In Qatar for World Cup 2022

All venues are within a 75-kilometer radius of one another, making travel to matches a minor inconvenience. As many as five of the eight stadiums are located in or near the capital, Doha.

The first match of the championship was originally scheduled for November 21, 2022, at Al Thumama Stadium, but due to a FIFA decision, the Qatari national team will kick off the tournament on November 20 (a day earlier than planned) against Ecuador at Al Bayt Stadium.

The hosts have traditionally played the first match of the World Cup since 2006. Germany, South Africa, Brazil, and Russia have all experienced this. The last time a different team played the opening match was France against Senegal in 2002. The grand final is set for December 18 at the tournament’s largest stadium, Lusail Stadium in Lusail City.

How far are the stadiums in Qatar for World cup?

All of the venues are within a 55-kilometer radius of Doha, Qatar’s capital city.

All World Cup Stadiums In Qatar

Except for the Khalifa International Stadium, which has been in operation since 1976, all of the other stadiums were built in the last three years with the FIFA World Cup in mind. The third-place playoff game will be held at Khalifa Stadium.

Among the eight venues, Lusail Iconic Stadium has the largest capacity (80,000). It will also be the busiest stadium, hosting 10 matches in total, including the final and closing ceremonies.

The Al Bayt Stadium, which will host nine matches, will host the opening ceremony and the first match of the FIFA World Cup 2022 between hosts Qatar and Ecuador on November 20.

Guys, Enjoy the FIFA World Cup 2022 Stadiums, as well as the profiling of world cup stadiums in Qatar below.

Prev1 of 9Next
Continue Reading
Advertisement
You may also like...
Related Topics:FIFA, Football, World Cup 2022