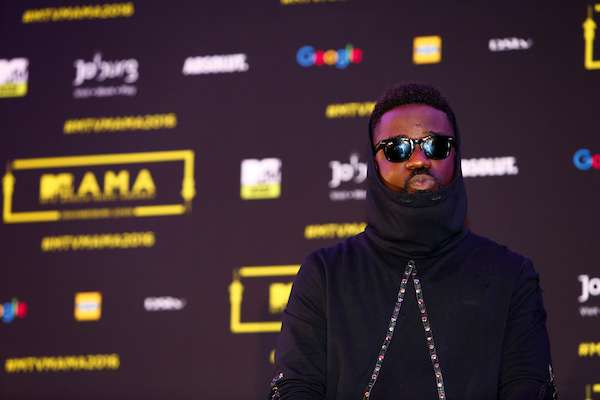 Award-winning Ghanaian rap star and one of the greatest rapper of all time in African continent Sarkodie has stated that Nigerian pop star D’banj, was instrumental in the attention that African music is currently receiving in the global spotlight it deserves.

The Ghanaian rapper Sarkodie believes that it’s right time for African music and Afrobeat is the new sound, and he further attributes all of it to D’banj, for making the dream alive for us.

The Nigerian music star D’banj was the first person that thoroughly pushed the Africa music into the international market with his signing to Kanye West‘s G.O.O.D Music in 2011 and the success that his ” Oliver Twist ” single records in UK, European countries and other part of the world. .

Early this year, Nigeria pop stars Davido, Wizkid, Ayo Jay ,Ycee alongside with African stars such as Alikiba and Okuntakinte signed a lucrative deal with Sony Music, and it gives the explosion of African sounds into the international market.

“I think it’s about that time. I think it’s our time. There was always gonna be a time when Africa was gonna take over, so it’s our time, it’s the right timing now, and we are proud to be part of the whole movement. I always give props to D’banj who made us believe that certain things can happen.

“And now you have the likes of them Wizkid, Davido, myself, Ice Prince, R2bees, Stonebwoy…we pushing it. I think it’s just the time for Africa to take over, everybody I going to be a part of it, and Afrobeat is the new sound.”