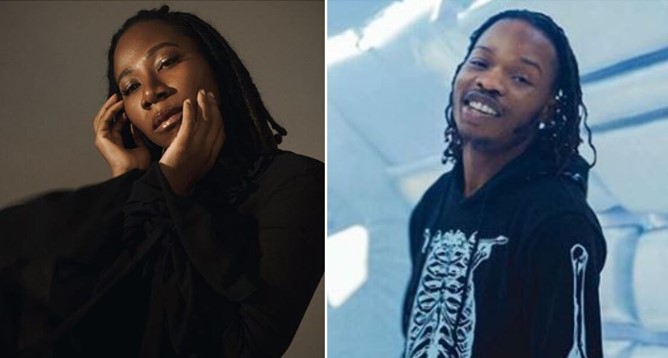 The ” Jailer ” singer further revealed that she’s a victim of internet criminals popular known as ‘Yahoo Boys’ in Nigeria, as they once duped her, during her recent interview with Kayla and N6 on Cool FM’s program #TheRoadShow.

She said “Yahoo Boys emptied my bank account, but we won’t go into that,”

Asa has also identified with Naira Marley’s movement and she is no ashamed of being called a Marlian.

“I think I’m a Marlian. I love him, I think he is awesome, but was not so sure about accepting all the things he stands for.” she declared.

Yahoo Boys Once Emptied My Account, But Asa Declares Her Love for Naira Marley, Says ” I’m A Marlian ”

She further said she will vote for him if he ran for any Governorship election.

Asa also talked about her new album, ‘Lucid’, life outside music, as well as some of her coolest habits.

Naira Marley has been accused of promoting indecency and bad lifestyle with his songs and he still has a pending case brought against him by the EFCC.