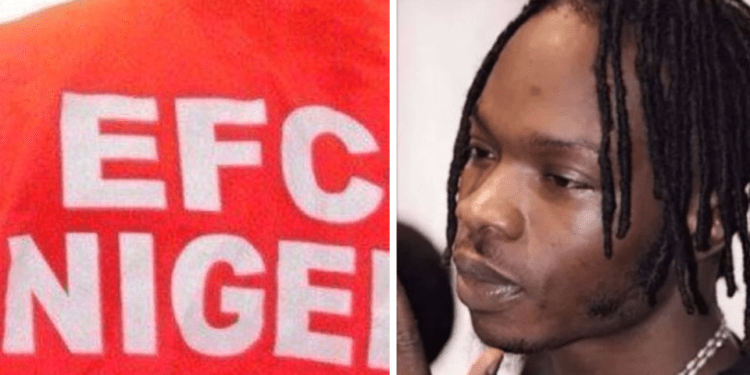 The Economic and Financial Crimes Commission (EFCC) has released an official statement update toward the arrest and trial of Nigerian musician Naira Marley, who commencement his trial processings today in court.

Justice Nicholas Oweibo on Monday ordered his remand after his arraignment before the court on an 11 count charge of alleged credit fraud.

When the counts were read to him, Naira Marley pleaded not guilty. The court fixed May 30 for arguments on his application for bail.

The official statement update was posted on the anti-graft agency Instagram page and it reads below:

“Internet Fraud: Naira Marley Arraigned, Remanded in Prison Custody. The Economic and Financial Crimes Commission, EFCC, Lagos Zonal office, on May 20, 2019, arraigned a Nigerian artiste, Azeez Adeshina Fashola, also known as Naira Marley, before Justice Nicholas I. Oweibo of the Federal High Court sitting in Ikoyi, Lagos on an 11-count charge bordering on cybercrime. The defendant was arrested on May 10, 2019, following intelligence report received by the Commission about his alleged involvement in internet fraud.

One of the counts reads: “That you, Azeez Adeshina Fashola, aka Naira Marley, and Yad isril (still at large), on or about the 26th  day of November, 2018, within the jurisdiction of this honourable court, conspired amongst yourself to use Access card no : 5264711020433662 issued to persons other  than you in a bid to obtain gain and you thereby committed an offence contrary to Section 27(1) (b) of the Cybercrime Prohibition, Prevention etc Act 2015 and punishable under Section 33(2) of the same Act.” The defendant pleaded not guilty to the charges preferred against him.

In view of his pleas, the prosecution counsel, Rotimi Oyedepo, asked the court for a trial date. He also prayed for accelerated hearing of the case and urged the court to remand the defendant in prison custody. Counsel to the defendant, Taiwo Oluwa Ore- Agba, asked the court for a date to hear the bail application on behalf of his client. Consequently, Justice Oweibo adjourned the case to May 30, 2019, and ordered the defendant to be remanded in prison custody pending the hearing of the bail application.

Is Naira Marley Going to Jail? Court Orders Remand Of Naira Marley In Prison, Mother Bursts Into Tears On Seeing Him & Many Others In Court Today
Coca-Cola Updates Plans for Coca-Cola Beverages Africa, Including Intent to Retain Majority Stake in Bottler
Advertisement