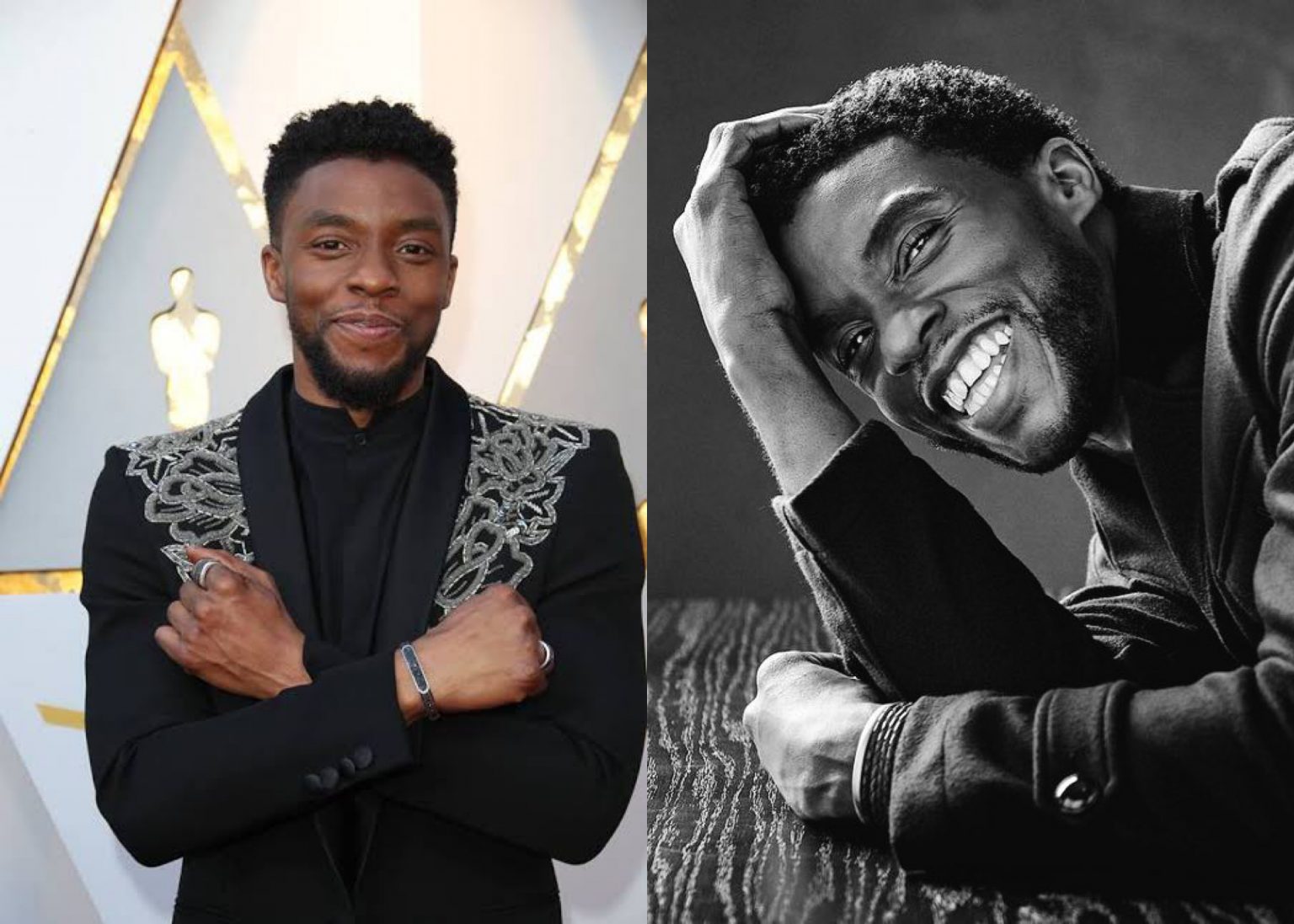 It’s devastating news & sad reality has the world thrown into a state of mourning over the death of award-winning Hollywood star and Black Panther actor Chadwick Boseman. According to a statement released by Chadwick Boseman’s publicist, Nicki Fioravante, he died of colon cancer at age 43.

The family further made a statement through Boseman‘s Publicist on his Twitter Page, saying that he died with his wife and family by his side.  They further say Boseman is a true fighter, and he was diagnosed with stage III colon cancer in 2016 and “battled with it these last 4 years as it progressed to stage IV.”

Ever since the news broke out on late Friday night by the family, social media has flooded with tributes from fans, friends, and colleagues around the world, mourning the departing soul, who became a household name through the Marvel superhero movie “Black Panther.”

Chadwick has featured in several movies such as Marshall, 21 bridges, Avengers: End Game, Avengers: Infinity War, Da 5 Bloods, 42, Get on Up. In the last few hours on social media, a phrase called ” Wakanda Forever ” off the movie Black Panther has gone viral to pay tributes to the late actor.

Here’s How Colleagues, Fans Pays Tributes to To Black Panther Star, Chadwick Boseman ” Wakanda Forever, He Is A Hero ”.

Our hearts are broken and our thoughts are with Chadwick Boseman’s family. Your legacy will live on forever. Rest In Peace. pic.twitter.com/qT4hcMhy6V

Chadwick Boseman did all those films after being diagnosed with Stage III colon cancer, in the middle of surgeries and chemo?

Then he didn’t ‘lose the battle against cancer’. He won. He f**king won — because he put that disease in its place until the very end!

Truly a gentleman superstar on screen and in life. Pure excellence and class and grace. https://t.co/yTCGrwZaJM

My god the ENTIRE TIME Chadwick Boseman was working in the MCU he carried this with him. Worked through it. Red carpets through it. Interviews through it. I can’t imagine the weight of it in the public eye. What a god damn actor. What a man. This is too awful.

Chadwick Boseman will never know how much we loved him. Battling colon cancer, shooting films in b/w bouts of chemo and surgery. What amazing strength.
He once said: “The struggles along the way are only meant to shape you for your purpose.”
Rest on King. Long live T’challa! pic.twitter.com/5Mp0p4BMTf

To think Chadwick Boseman had cancer and most of his movies had to be filmed in between chemo sessions and surgeries. I’m just in shock.😭💔 pic.twitter.com/JSUk6ZOU7D

10 movies in 4 years and didn’t show a sign of sickness. Even visited children with terminal illnesses while having one of his own (that we find out about upon his passing). Chadwick Boseman is a hero on and off screen. pic.twitter.com/Hf8RNXKnqG

We are deeply hurt by this news, we have lost an icon. Rest in perfect Peace Chadwick Boseman 😞🕊🕊. pic.twitter.com/E4BlqUA9ez

Chadwick Boseman was a hero off and on tv. He was diagnosed with colon cancer stage III in 2016. Only if we knew these two would be gone in a year😭

Our hearts are broken and our thoughts are with Chadwick Boseman’s family. Your legacy will live on forever. Rest In Peace. pic.twitter.com/C4Pqvuio8Z

“Death is not the end, its more of a stepping off point” RIP Chadwick Boseman #WakandaForever pic.twitter.com/pemUvfZZPt

Woke up to the news that Chadwick Boseman passed away.
He gave strength & hope to those who had none, while fighting his personal battle.
Thank you for what you’ve done, the lives you’ve touched & impacted will always keep you in their hearts forever.
Rest In Peace Hero pic.twitter.com/sdYPcSfztU

Devastated by the sudden loss of Chadwick Boseman. He was a brilliant actor, role model, and inspiration to so many. The legacy he leaves behind will live on forever. My deepest condolences to his family and loved ones. pic.twitter.com/QNQMZpHJ2N

Yes you might be gone now but generations to come won’t forget these words “God will remove someone who’s blocking your door and put someone else there WHO WILL HOLD IT FOR YOU” RIP King Chadwick Boseman 🖤 Wakanda Forever pic.twitter.com/RbcF0S6KHs

I want to remember his kindness, his bright soul, his black pride. I personally do not want to grieve but to celebrate everything he has done. While the pain is there, the love and unity among my black peers overpowers that. May you Rest in Peace Chadwick Boseman❤️ pic.twitter.com/eAwvPm65aG

This is a crushing blow.

May his soul Rest In Peace.

After Battling With Cancer for 4-Years, Black Panther Star Chadwick Boseman Dies At 43
Can Lionel Messi Leaves Barcelona? Yes, But Can Leave If His Total Release Clause Is Paid, Says La Liga Board… But How Much Is That?
Advertisement