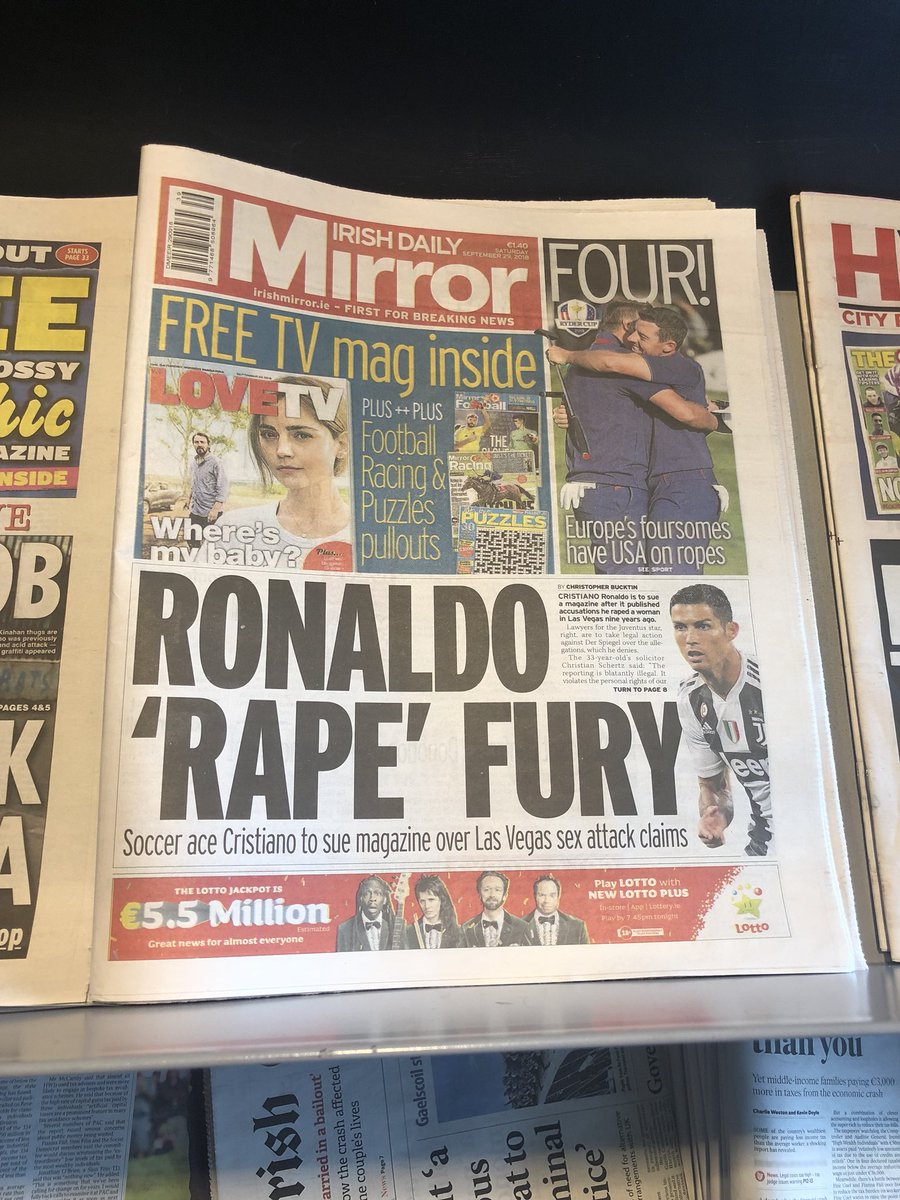 Over the past few years, the issues of sexual assault have dominated several political and entertainment newspapers headliners. But in the past politicians and top-entertainment moguls have being accused of this wrongdoing.

But in the recent time, football star are the latest victim of being alleged of negative vices in the society. These accusations rage from tax frauds to other punishable offenses by the state or the country where they operate.

Listed below are the list of five famous footballers and their equally infamous accusations.

We are mindful of the fact that some of these cases never went to court while others saw convictions for the footballer involved.

The Portugal and Juventus forward was only recently accused by an American woman of forcing himself on a woman in 2009. Ronaldo has however denied the allegations referring to them as “fake news”. His lawyers have expressed intentions of suing what they call “illegal reporting” by the outfit which broke the story.

Adam Johnson came to prominence in 2010 when he signed for Manchester City. He was then signed by his hometown club Sunderland for £10 million in 2012. In March 2015, Johnson was arrested and charged over sexual activity with a 15-year-old girl. He was just released after serving a six-year prison term.

Spain’s current prime minister Pedro Sanchez used to be a government lawyer. And one person Mr. Sanchez wanted to prosecute is national team goalkeeper, David De Gea. It is now reported that there is tension between the goalkeeper and the country’s leader of the government. The Manchester United goalkeeper was wrongly implicated as later evidence seemed to suggest.

Ched Evans has been to jail and back. Evans was convicted of rape in April 2012 and spent two and a half years in prison. His conviction was however quashed on April 21, 2016, by the Court of Appeal, and a retrial was ordered. On October 14, 2016, he was found not guilty.

Back in 2014, both Ribery, 35, and Benzema, 30, denied knowingly paying for sex with Zahia Dehar when she was under 18. The two narrowly escaped jail term but the issue has actually split the friendship between the footballers. And to cap things off, they have been prematurely retired from the French national team by coach Didier Deschamps.