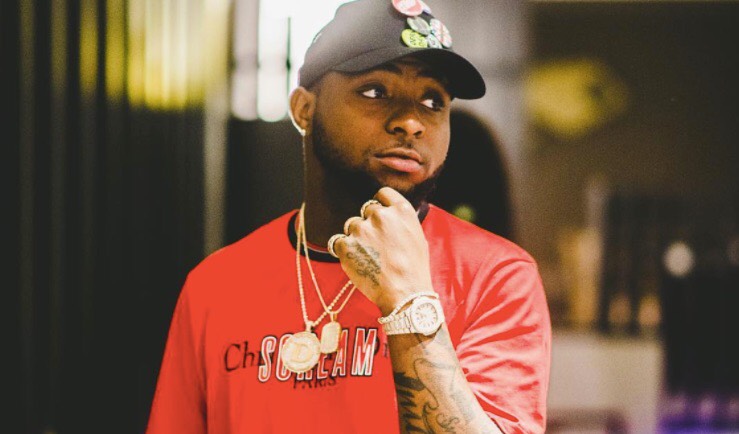 The RCA Records/Sony Music act and DMW boss Davido announces that he will release biggest song in Nigeria by April 30th. The ” Fia ” singer made this known during interview at Cool FM, alongside with all artistes under his label imprint.

“I’m dropping a single on the 30th of April. It’s gonna be the biggest song in the country. It’s called ‘Assurance”.

The DMW‘s label is consists of artirts such as Davido himself alongside with Mayorkun, Dremo, Yonda, Peruzzi, Fresh VDM and DJ E-Cool, recently releases a collaborative joint titled ” Aje ”.  According to the singer, ‘Aje’ is the lead single of the collaboration album which will feature all the members of the label, including Dremo, Mayorkun, Idowest, DJ E-Cool, and Ichaba.

Davido Announces to Release Biggest Song In Nigeria by April 30

He said the DMW album will be out in June, describing it as a collaboration with Sony Music Africa. His own third studio album, Davido said, will be released in September. He further speaks on his friendship with DJ E Cool, who he said he has known since the age of 11.

“Me and E-Cool, we grew up in Atlanta together. You won’t believe when I was 11 running around in Atlanta, this guy used to block me from parties. He won’t allow me to enter.”

Davido also used the medium to canvassed for votes for his artistes ahead of the 2018 Headies. Mayorkun is nominated in the next rated category while Peruzzi is up for rookie of the year.

“If I don’t win I’m okay. But I want to vote for my brothers, Mayorkun and Peruzzi. Vote for them, they deserve it,” he said.