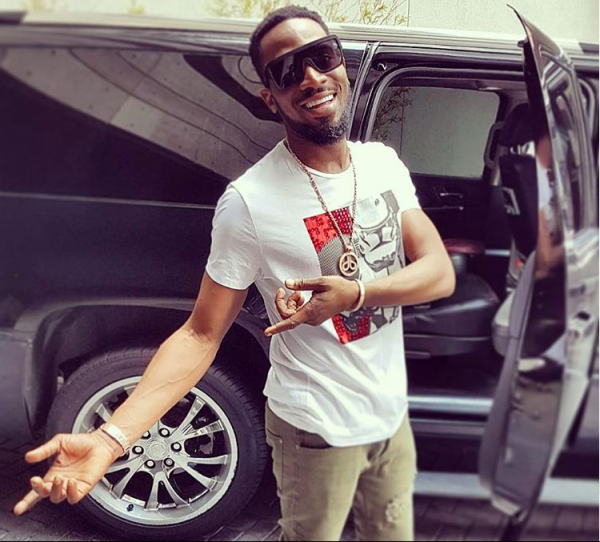 The kokomaster himself D’banj refused to retaliate back to Eedris Abdulkareem’s harshly word of talent-less on him, but he rather gave a subtle throwback by saying Eedris insulted people who are young enough to be his children.

In the controversial video that surface online days ago, Eedris takes jab at Mr Eazi & Davido and he further described D’banj as a person that lacked talent because all he has is ‘razzmatazz. In recent interview with Saturday Beats, D’banj bared his mind on Eedris’ outburst at the one anniversary of his CREAM Initiatives , an acronym that stands for Creative, Reality, Entertainment, Arts and Music.

In the chat with Saturday Beat, he felt Eedris could have handled the matter in a better way. The Kokomaster said, “At first, I did not see the video where Eedris spoke about me and initially, I thought it was something else till people sent me the video.

D’banj Maturely Respond to Eedris Abdulkareem : If You Trully Role Model, There are Better Ways to Pass Message ” You Don’t Insult Artistes Young Enough To Be Your Children ”

I have seen different videos of him talking about different artistes that are young enough to be his kids. I would have thought that if he was such a role model, there were better ways he could pass his message across but I have nothing against him. I have nothing more to say about him. I feel people just have different ways of expressing themselves.”

He also used the opportunity to talk about his son and what being a father means to him. “Being a father is very humbling. I have always acted as a father to a lot of young artistes from the days of Mo Hits but now, I have a child of my own. When he was born, I was in the hospital and as I held his hands, it made me realise that to whom much is given, much is expected. This is someone’s life that I am responsible for. It is not just about fatherhood but now I have a family. Before I became a family man, I took decisions without looking back. I could decide to sleep on the Mainland; I could decide to chill with my friends. But now, I have responsibilities. I have people who I am responsible for and we are growing together. The good thing is that I have a great partner and I love it. Each time I look into the eyes of my son, I know that it is real; I have to keep working harder,” he said.

Apparently impressed about the success of his CREAM initiative within a year and how it has changed lives, the singer said, “The CREAM platform was valued by KPMG and that is why we put out their findings. Nine months into the launch of the platform, we employed them and they helped with documentation. We have not done any other auditing since then and I was surprised about their findings because this is a platform that we just launched. It is an idea that God gave us and I worked on it with my wonderful team and for it to be valued at over a hundred million is humbling. I am sure that as I speak with you, the value of the initiative has increased because we have more investors and we are thinking on expanding to other countries. I am sure that in the next few years, we would have advanced. However, that is not the point of the CREAM initiative. It was established to serve as a platform that can encourage talents in Nigeria and I am glad it is achieving its purpose.”

” Timaya Housed Me When Banky W Kicked Me Out ” — Skales
Beef Alert! Wizkid Throws Shade at Davido at His London Concert
Advertisement