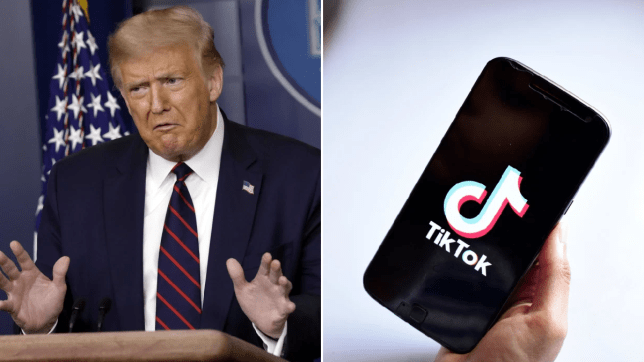 According to a report, Trump says he will sign an executive order on Saturday, to ban TikiTok operations in the USA, and also further rejecting a potential acquisition takeover of the App from its Chinese-owned parent company, ByteDance.

On Friday, a negotiation meeting between the White House, TikTok‘s Chinese owner ByteDance and potential buyers of TikTok operation in the US, including Microsoft Corp was held, but they failed to produce a deal that would result in the Chinese company shedding the app’s U.S. operations, according to people familiar with the matter, although talks are expected to continue in the coming days.

“Not the deal that you have been hearing about, that they are going to buy and sell… and Microsoft and another one. We are not an M&A (mergers and acquisitions) country,” Trump said.

The decision of TikTok‘s ban came weeks after the Trump administration first signalled it was “looking at” banning the app amid heightened tensions between the US and China cold war trade dispute.

China’s ByteDance agreed to divest the U.S. operations of TikTok in a bid to save a deal with the White House, after President Trump said he will ban the app https://t.co/xuI2LM7WaI pic.twitter.com/wzvqn6HRw1

It’s Official! Tidal Officially Goes Live In Nigeria, As They Expand Operations Into the Nigeria Market
After 15 Years, Shoprite Ends Its Operations In Nigeria
Advertisement