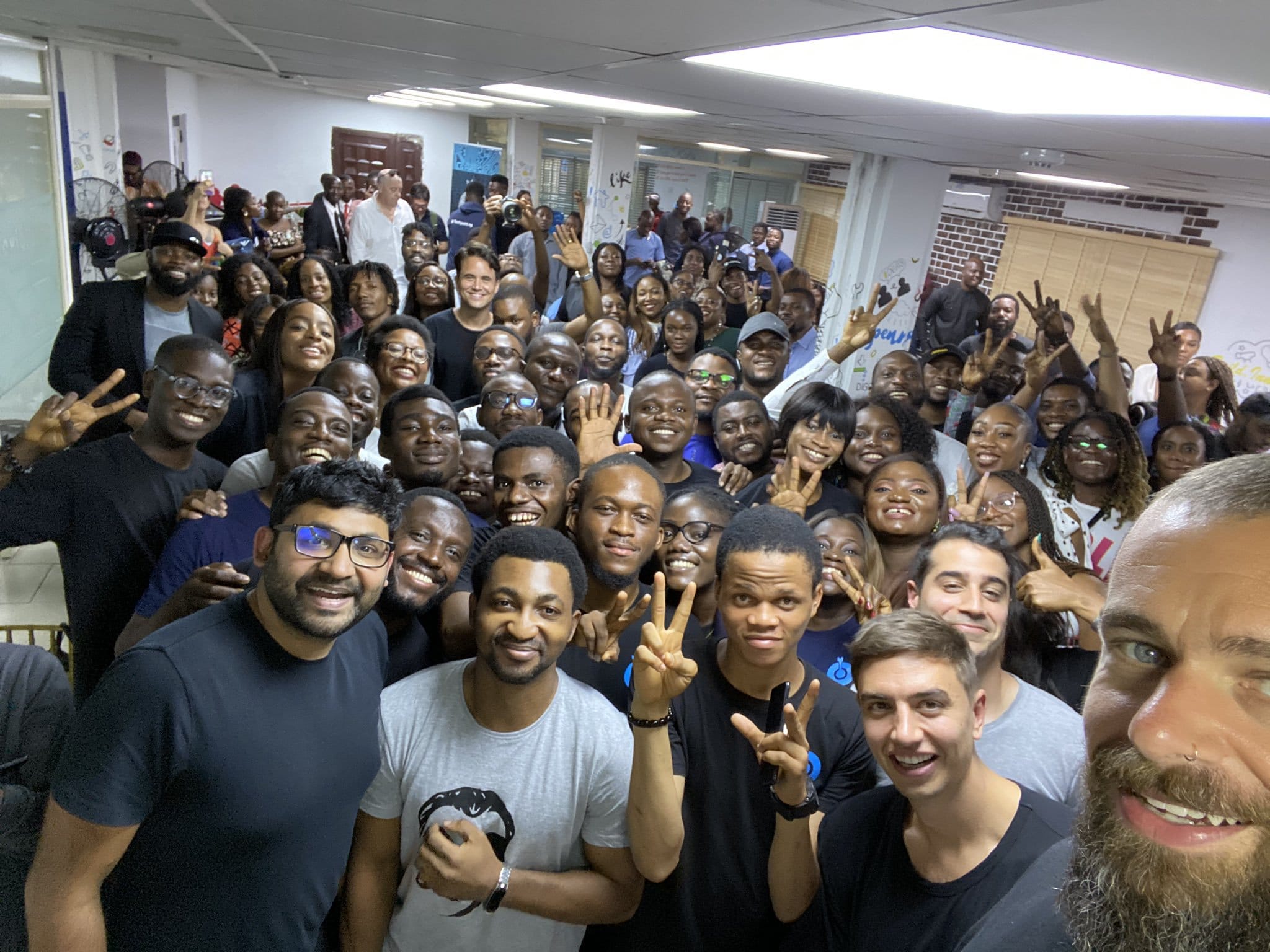 Welcome to another episode of our Weekly Entertainment News Bulletin.

Our weekly column tagged ” Weekly Entertainment News Bulletin ” where we share with you all the juiciest ‘gist’ of what’s has been going on in the Nigeria entertainment industry & Nigeria at Large, especially some reports we missed to cover to you during the week. That is the ‘news’ news and the ‘not-so-news’ news.

In the school of life, preparation and action meet opportunity, that’s the case of one Nigeria, who goes with the name Dara Oladosu on Thursday in Lagos. Here’s a rundown of what went during the week tagged #WorkFlow.

What Have Your Favorite Celebrities Been Up To? Find Out For This Week #WorkFlow — Your Weekly Entertainment News Bulletin

So grateful to finally be in Nigeria 🇳🇬

Jack Dorsey, had the opportunity to meet some key stakeholders in Nigeria’s growing technology sector, from making a surprise visit to the CC-Hub to Andela and the University of Lagos. Though, Highlight of Jack‘s presence in Nigeria was about Dara Oladosu.

Thank you for the tour and chat today ⁦@Andela_Nigeria⁩! pic.twitter.com/uROVPeBVmF

Visiting @UnilagNigeria! Great questions with students and staff. I’ll be back pic.twitter.com/1lCQxrkxPx

What Have Your Favorite Celebrities Been Up To? Find Out For This Week #WorkFlow — Your Weekly Entertainment News Bulletin

For a clearer understanding, Dara Oladosu is a young Nigerian that created Quoted Replies, the viral Twitter-based bot that helps you find quoted replies of tweets without having to go through the hassle of copying, pasting, and searching. According to Dara, he said the organizer of the event called him 15minutes before Jack arrival into Nigeria, he quickly picked the nearest available Okada rider that took him down to the venue, and at the end of the event, he got a job offer at Twitter.

The founder of @QuotedReplies just got a job offer with Twitter. The announcement was made at the meeting with media and tech entrepreneurs in Lagos.
Thanks to @Techpointdotng
Congrats Dara!! pic.twitter.com/9jYhQNXGek

Over the week, news broke out that Nollywood screen diva Genevieve Nnaji‘s first directorial movie  ” Lionheart ” and Nigeria’s first-ever Oscar submission for best international feature film has been disqualified by Oscar’s jury committee. The disqualification of ” Lionheart ” sparked criticism from its director, because films in this category, formerly best foreign-language film, must have “a predominantly non-English dialogue track”.

Ava DuVernay, director of Selma and A Wrinkle in Time, questioned the decision on Twitter, pointing out that English is Nigeria’s official language.

To @TheAcademy, You disqualified Nigeria’s first-ever submission for Best International Feature because its in English. But English is the official language of Nigeria. Are you barring this country from ever competing for an Oscar in its official language? https://t.co/X3EGb01tPF

1/1 1/2 Thank you so much @ava❤️.
I am the director of Lionheart. This movie represents the way we speak as Nigerians. This includes English which acts as a bridge between the 500+ languages spoken in our country; thereby making us #OneNigeria. @TheAcademy https://t.co/LMfWDDNV3e

2/2 It’s no different to how French connects communities in former French colonies. We did not choose who colonized us. As ever, this film and many like it, is proudly Nigerian. @TheAcademy https://t.co/LMfWDDNV3e

Nigeria Afro-fusion singer Burna Boy dominate reigns in the Africa music market continues as he emerged winner of the Best Africa Act award at the 2019 MTV EMA’s ahead of fellow Nigerian Teni the Entertainer, South Africa’s Prince Kaybee and Nasty C, Harmonize from Tanzania and Togo’s duo TooFan, as he took home the prestigious award at a star-studded event held in Seville, Spain on Sunday.

The winner for ‘Best African Act’ is @burnaboy. Congratulations on your #MTVEMA win!! pic.twitter.com/uqAaZJ70O7

Yes, you heard me right, the likes of Nigerian artistes such as Ycee, Peruzzi, Joeboy, Sarz & Wurld released a new project on the same date.

Make sure you update your playlist! !! Big up da man dem💯💯☄️☄️☄️ all fire!!! 🔥🔥 pic.twitter.com/CdBfdUCXyo