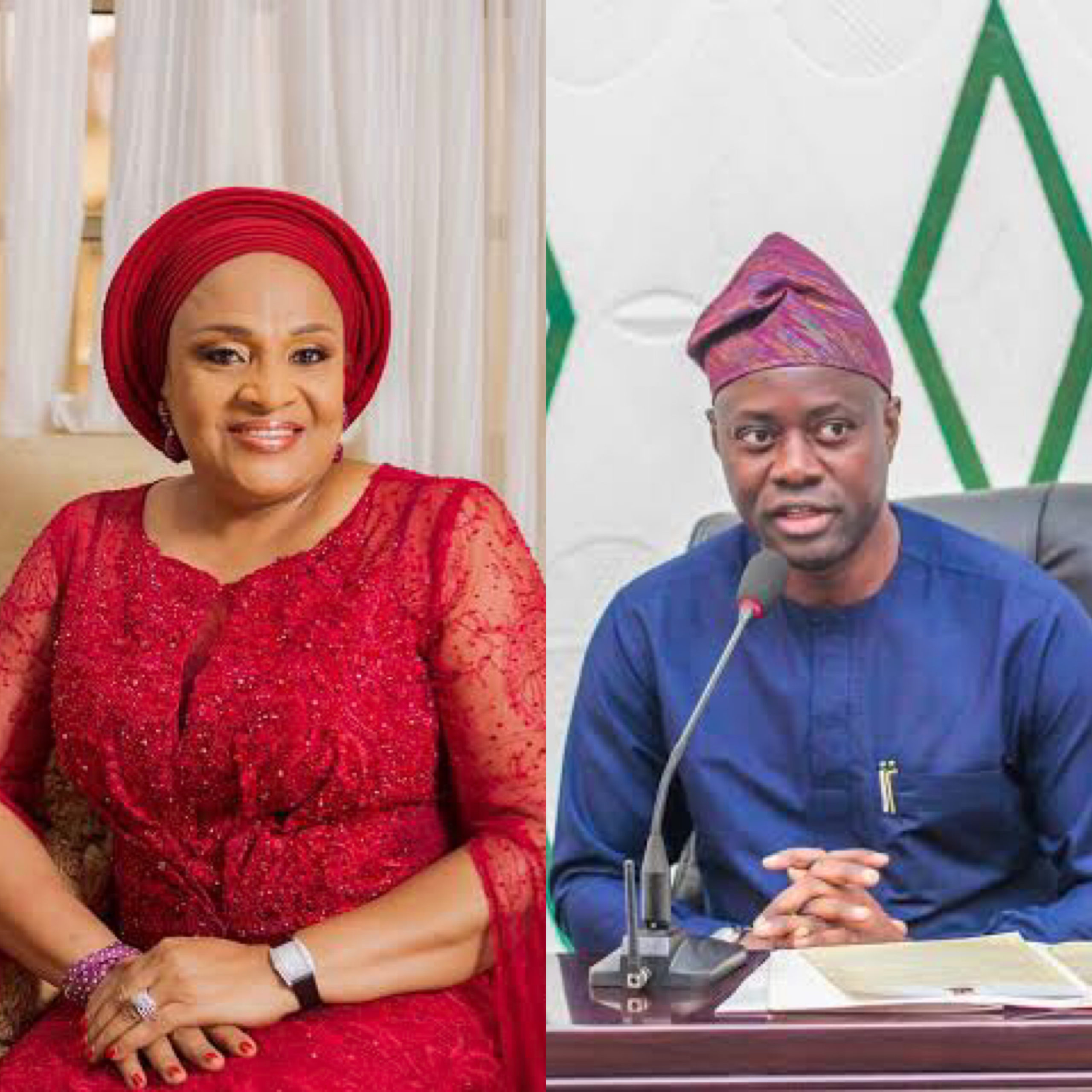 Following the viral video that surfaced online yesterday, which sees that the former Oyo State first lady and wife of the late Oyo State governor, Abiola Ajimobi, Florence Ajimobi had an open exchange of words with the deputy governor of Oyo State, Rauf Olaniyan, who visited her yesterday in Ibadan.

In the said video, Madam Florence Ajimobi openly attacked governor Seyi Makinde‘s deputy Rauf Olaniyan of playing politics with the death of her husband, late Abiola Ajimobi. According to her, she said her late husband never had a problem with the present administration despite their different political affiliation, but it looks like the state government saw him as their enemy.

Florence Ajimobi who spoke when the Rauf Olaniyan led’s members of Nigeria Governors Forum, led by its chairman, Dr Kayode Fayemi of Ekiti state to the Oluyole residence of the late Governor, urged Seyi Makinde to allow the fear of God guide him in whatever he does.

According to her, she had read many untrue stories on the pages of the newspaper since the demise of her husband. Florence said; “my husband took ill precisely on 27th of May and he was hospitalised. “I read on the papers that he (the governor) claimed that he called me but I didn’t pick. He didn’t call me. Even if he had called me, I never had his number. He should have sent text messages for record purposes.

“The governor of Oyo state never called me. He never signed a condolence message. Never called even when my husband was on sick bed for one month. What politics are you playing, please? “Life is short.

I am a Christian and my husband was a Muslim. We should allow fear of God to guide us in whatever we do. Ajimobi is gone today, I am going to mourn and respect his wishes. That is what I am doing today. Laid him to rest peacefully. I don’t want any controversy.

“Everything I read in the papers, I just swallowed it and I let it go. Please, the press are here, we never had any rift with the governor or the state government. I never dialogue with them and I never confronted them and I never send them a word because I didn’t know it was necessary for me to send an official message.

“I didn’t send to anybody. It was all over social media. They knew my husband was ill. The least anybody can do is to send me a word of encouragement at that time.”