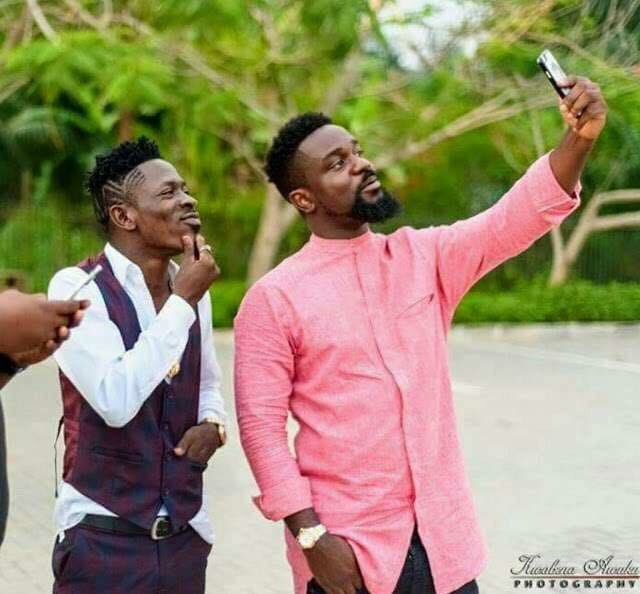 After his beefing with Nigerian music superstar Wizkid last year, Ghanaian Dancehall singer Shatta Wale has decided to pick on Sarkodie this time around and he got the babysitting of his life. I could practically feel Sarkodie’s frustration at Shatta Wale’s Childishness.

Ghanaian Rap Mogul and CEO of Sarkcess Music, Michael Owusu Addo, known as Sarkodie has-openly attack the Shatta Movement Boss, Shatta Wale to shut up his ” Gbee Naabu ” mouth after the latter described the former as very poor. In a new diss track titled “Advice”, Sarkodie doled out a loads of insults on Shatta Wale, cautioning the dancehall artiste to be wary of him.

In the freestyle video released on Wednesday, Sarkodie described Shatta Wale as an insecure attention seeker, and said though he boasts of riches, he is actually poor. Here are my best punchlines from this “diss” below:

This is not a diss track. It’s more of a Father-to-Son type of convo. Sarkodie in a calm manner, schooled and tried to correct the prodigal son; Shatta Wale and it’s 🔥🔥 pic.twitter.com/mlJGbPribG

Five Exciting Things You Can With a Virtual Reality Headset
Dapo Lam-Adesina Writes Bola Tinubu On Years Of Suffering He Endures From Gov Ajimobi & Why He Can’t Work With Him Anymore, Because Working With Ajimobi Senaco Is Like Dancing On My Father’s Grave
Advertisement