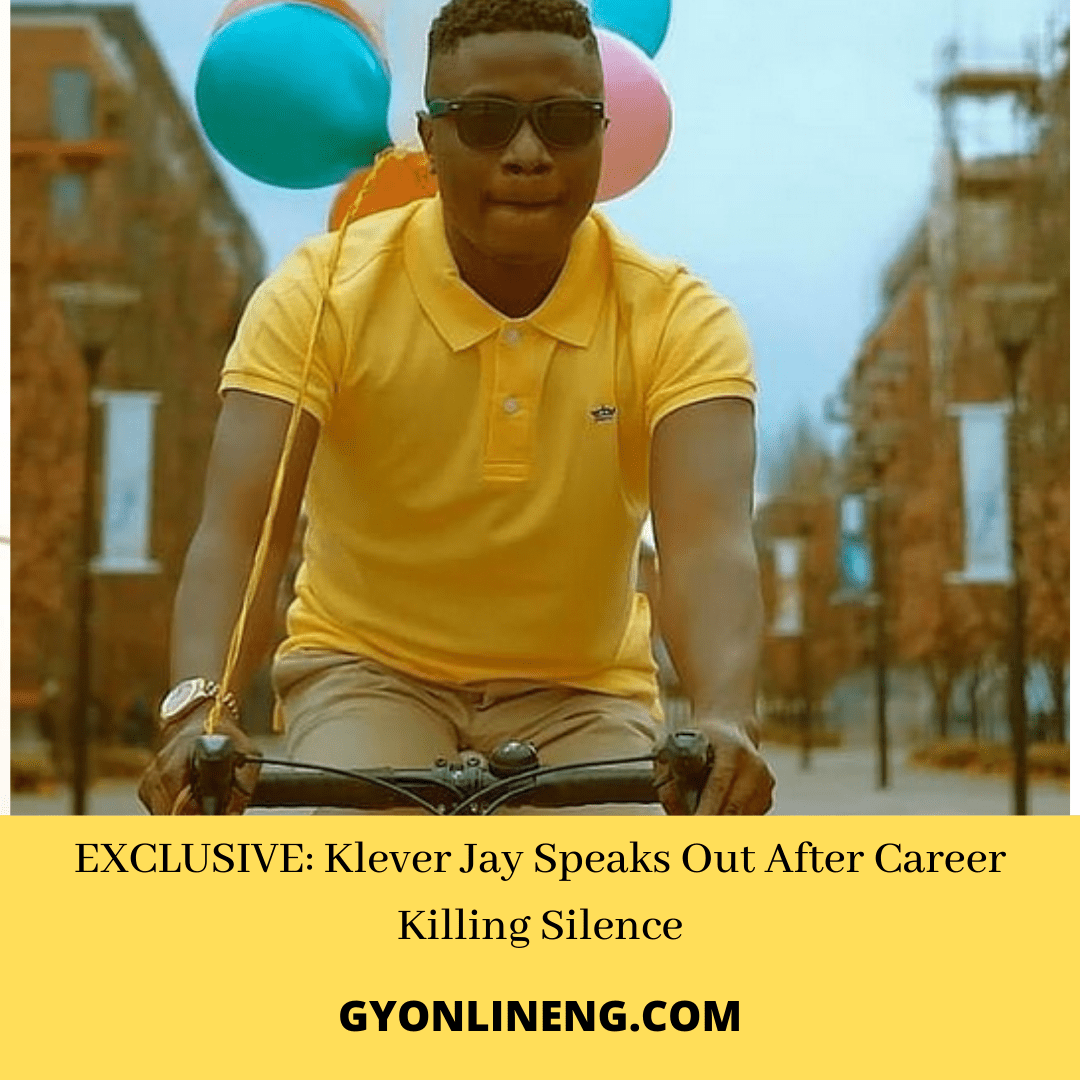 The early 2000s was the year when the Nigerian music industry began its ruthless revolution into what has now evolved to be one of the biggest music cultures and trends in the world.

This era was championed by artists such as 2face Idibia, P-Square, D’banj amongst others who flew the Nigerian music industry flag so high that it was seen and felt beyond the Nigerian borders.

But in the hood, something big and magical was brewing. The street was churning out her own unique vibes, songs that communicated with the language of the street, the way the street wanted to hear it, and the rest they say is history.

Klever Jay was a big player and pioneer of that street vibe revolution that paved the way for some of the biggest superstars of today such as Olamide, Reminisce, Small Doctor, CDQ, Naira Marley, Zlatan, and many others. But a few years into this industry-changing movement, Klever Jay went off the music scene and nobody knows the reason for the hiatus.

Where is Klever Jay?

What happened to Klever Jay?

Was Klever Jay a flash in the pan?

Was Klever Jay a half-baked artist who was only shortly fortunate to hit the limelight without the staying power?

These are just a few questions that the fans are asking. GYOnlineNG.COM had the privileged of an exclusive sit-down with the man himself.

How Is Life and Music Over these Years?

Yeah! It has been good, and to God be the Glory. We know where we started from and we thank God for where we are today.

You Went Off the Radar for too long a time, What Happened?

There’s a difference between music and the music business, it’s far beyond you just having the ability to sing or you got the voice and stuff. So it takes a lot, that’s why I decided to just stay back again to study one or two things, then come back into the business.

You Had Your First Hit Song & Career Breakthrough in 2008, How Does It Feel Like Having One of the Biggest & Most Played Songs in Nigeria Then?

Wetin man wan talk, na to just give thanks to God. That’s all I can say, you know, a country where we have over 180Million people, I can’t even remember the actual population of this country. But for me to have that privilege, you know, coming out from one of the toughest hoods in Lagos, I mean Agege. One of the toughest hood to grow up as a young guy or as a young man. So for me to come out, and have that breakthrough through music to attain where I am today… to God be the glory.

Can You Take Us Back to the Memory Lane of How Nigerian Music Industry was Then, In Terms of the Playing Field, the Music Environment & Promotion?

So then it was very easy when you have that talent and you know what you are doing, then you can have your chance, although everything is based on grace and you know, God’s will at the same time.

But if you know what you’re doing and you really have the talent with good content, you can have your way around the media than comparing to the situation of today’s industry.

Now, Na Money Money Money be everything, if you like enter studio sing rubbish, put money on that rubbish, the media will put the rubbish into people’s listening, it was different back then. That’s just the difference; the other aspect is that the industry was more appreciative compared to now.

Another interesting difference is that there is a lot of money in the music industry now compared to that time, and it’s one of the major reason why artists are finding it difficult now, you know, to put a song out there to circulate, because right now it’s highly capital intensive, to get your song to everywhere compared to that time. So that’s it.

Do You Think Digitalization of Music Distribution took Your Career Away as Against the Normal Approach of Alaba Distribution Then?

No, no, no, no, I’ve already told you what happened. That I needed to take that break, to do one or two studies about the industry and make sure what I’m about to go back into, nothing like the career take off scheme of alaba distribution stuffs again, the game has changed.

You know, we grow up every day. And in as much as it is the industry that you find yourself and you believe you want to earn a living in it, so you need to evolve with everything because the way things are changing you need to follow the trend as well.

Is there going to be Any KoniKoni Love and Igboro Ti Daru Type of Groovy Vibe from You Again?

I don’t know why some of you always ask me this question. See, after KoniKoni Love and Igboro Ti Daru, I can still count three to four songs that I gave you guys that were everywhere. When I mention the name, you will know that you grooved to the song. So what do you guys want again?(Laugh)

After  KoniKoni Love and Igboro Ti Daru, you guys danced to Omo Aye, Showa Sexy Featuring Ruggedman. You guys rocked Kini Level & Peperenpe with May D. But you know the mentality of this new generation is that after they get enough of this one, they want the next one to be bigger than the previous one. Meanwhile, they forget to understand that you’re not the only one in that industry.

There’s a lot of people in the industry, and that’s why these days we find it difficult to see an artist that storms the industry with a Banger and boom before you know what sup that Banger is nowhere to be found after five months. First I can say the contents also explained parts of it, but at the same time because of how the industry is more overcrowded now.

Woo, ati sare Rock iwo for like five months onto the next. So I don’t know why you are comparing all these songs that you are mentioning now. You are mentioning these songs now after 10 to 11 years. Una won kill person.  I can mention one or two songs now that rocked the whole country like 3, 4, 5 years ago, if I mention them now, you won’t love to have conversation around them now. You guys just need to appreciate the whole thing beyond the music.

And it’s one of the reason Fuji & Juju music legends are still performing their songs around the world, and you’re still vibing to it because music is far more than just music and you got to understand that first.

Contrary to what you have said so far, Your Career has been Up and Down, but what are the Best Moments of Your Career So Far?

Every day I sleep and wake up and I receive the call to go for a performance. I get there, grab the Microphone, do my thing. Come back home and thank God for another opportunity.

What happened to your previous personally owned record label & are you currently signed to any label or management?

I’m just a free man now, except you show interest but you must get money oooo (Laugh).

What are you working on & what should your fans be expecting from you soon?

Right now I’m working on a project. I don’t want to reveal the identity of the artists involved in the projects for now, working day and night, I believe to come back with a Banger.

It’s a pleasure having a chat with you.

Thanks Man, I really appreciate this. Thank you.

With Divorce Looming Fast, How Much Money Is At Stake For Kim Kardashian & Kanye West Divorce Saga
Best Of Davido: All The Best Of Davido Songs Compilation Mix
Advertisement