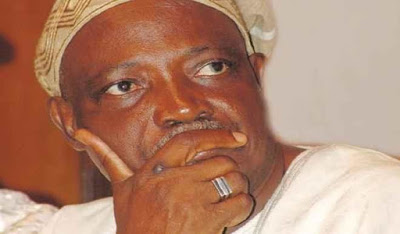 Former Oyo State governor and People’s Democratic Party state leader Senator Rashidi Ladoja, yesterday said that he had no money to return back to the state, following the alleging by the Economic Financial and Crime Commission (EFCC) over his alleged misappropriation of state’s funds while in office between 2003 and 2007.

An EFCC investigator, Abubakar Madaki, had recently testified against the former governor at the Federal High Court in Lagos that the former governor gave instructions in 2007 that the shares of the state which worth N6.6 billion, be sold at discounted rates without the Executive Council’s (Exco’s) resolution.

The witness said the money allegedly went to Ladoja, his family and friends but Ladoja, however, denied stealing of state’s funds while in office.

Ladoja to EFCC: I Don’t Steal From State’s Fund And I Have No More to Return — Ex-Oyo Gov Rashidi Ladoja

Ladoja who spoke with reporters at his Ibadan country home after he observed this year Eid-el-fitri said “it was true that i did not return any money to the purse of the anti-graft agency because I did not steal state’s money.”

“He said EFCC has recovered money from other people but it has not recovered any money from Ladoja, so why must I be worried. I have not refunded any money as he said. As far as I am concern, there is no case there.”

” I’m The Best In The World, But Messi & Ronaldo are From Another Planet ” — Neymar
Historic Moment For Wizkid As He Walks the Runway With Naomi Campbell In Dolce & Gabbana Brand In Milan
Advertisement