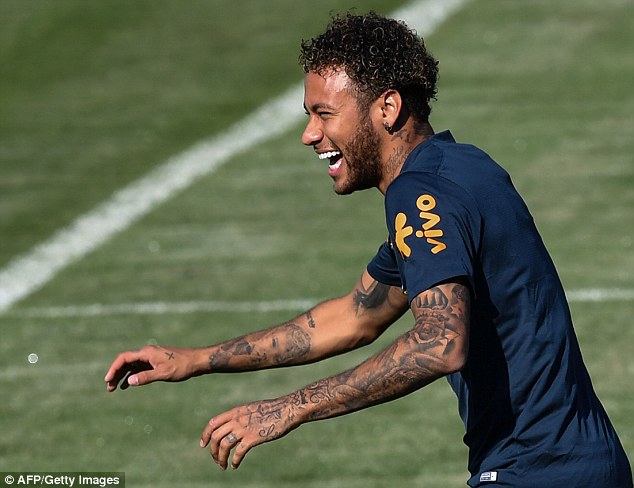 Paris Saint-Germain (PSG) forward and Brazil International talisman Neymar believes that he’s the best player in the world right, but the only duo of Real Madrid and Barcelona superstar player Lionel Messi and Cristiano Ronaldo are only above him because they are from another planet.
The Brazil national team dream of winning this year unprecedented sixth World Cup title all depends on him, but he believes that he is still well behind Messi and Ronaldo, who themselves are looking for international glory in Russia this summer.

He told popular Brazilian YouTube channel Desimpedidos: ‘The two who are above all others today are Cristiano Ronaldo and Messi.

” I’m The Best In The World, But Messi & Ronaldo are From Another Planet — Neymar

‘For all modesty, today I am the best player in the world — because they are from another planet.’

As Neymar finished third in the Ballon d’Or 2017 voting, he can claim to be the third-best player behind Ronaldo, who won his fifth Golden Ball in that vote, and Messi, who finished well behind in second place.

He added: “I don’t want to be the best player in the world, I want to win the World Cup. “Winning the trophy would make myself, my family and my country so happy.”

BREAKING: Cristiano Ronaldo Sentenced to Two-Years Jail Term With €18.8m Fine for Tax Evasion
Ladoja to EFCC: I Don’t Steal From State’s Fund And I Have No More to Return — Ex-Oyo Gov Rashidi Ladoja
Advertisement