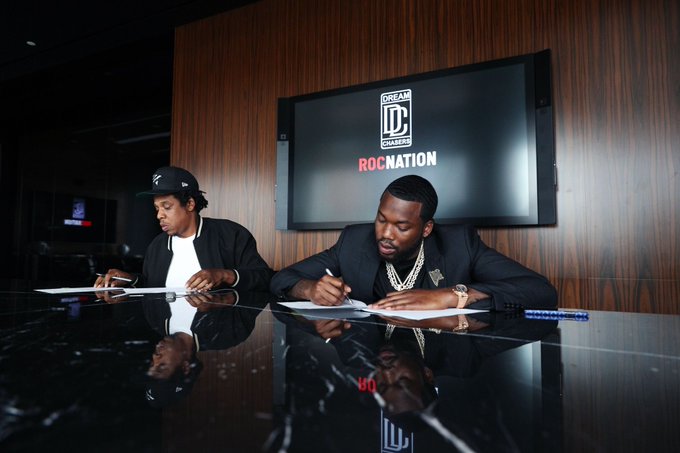 Philadelphia based rapper Meek Mill is following the entrepreneur footsteps of his mentor and favorite rapper Jay-Z as he officially launched his own record label imprint with Joint venture partnership deal with Jay-Z‘s owned Roc Nation.

“Creating a record label has always been the next step in my journey as a businessman and I appreciate Roc Nation and JAY-Z’s support on this venture,” Mill said. “I want to take my experiences in the music industry, use them to find young, hungry talent and open doors artists. 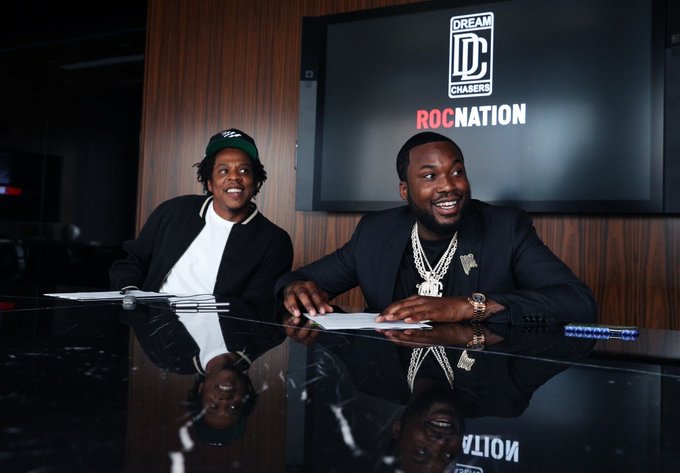 ‘WE CAN REALLY EFFECT CHANGE’: @MeekMill launches new label, #DreamChasers, with #Jay-Z’s @rocnation for the next generation of artists pic.twitter.com/wWdnlv6ycx