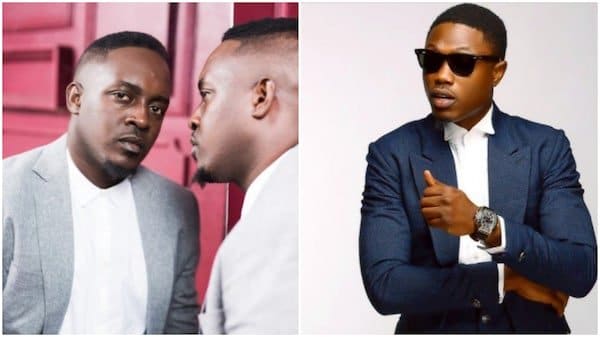 After a long wait of over one week, Nigerian Rap Mogul M.I Abaga has finally replied Vector‘s diss track ” The Purge ” &  ” Tetracycling ” with ” The Viper ”, whereby he schooled & flogged with hardlines punchline.

The 5 minutes 26 seconds track ” The Viper ” is filled with hard-hitting punchlines and supreme delivery, which shows his dominance supremacy of Nigeria Rap King. M.I Abaga‘s response to Vector‘s diss track with a classic record for the culture.

He wrote a letter alongside the already viral song, and it is as follows:

The Viper (A Letter)

The Viper has hated me for years as is its inevitable nature. The serpent has been thus since the beginning of time. Would always smile in my face but I could smell the envy and bitterness. Whatever he may use as his excuse for his career-long actions it is simply jealousy beneath it all. This is why his career has never quite taken off and he has never lived up to his obvious potential. Search my tweets, or interviews you will see me praising him over the years, how come he has never said one good thing about me… ever. Instead of responding in hate I have chosen to give the snake the secret to my success.. ‘help people’. You are the only rapper that has done nothing to bring anyone else up.. from your first producer LayLow to your former manager Michael (who now works for CC btw) to A-Q your friend that year.. all you do is use people.. Olamide has given so many a platform, Ice Prince the same, Falz just an all-round angel, Reminisce bringing up young legends.. don’t even compare yourself to me.. I am a fucking industry on my own!!  see this is why you have always been a tier beneath the rap aristocracy! Because you are a jealous and envious person. Your fans are great sha.. because despite it they love you so much… I pray you open your heart and let the message from God through me in.. it is time for you to live up to your full potential.. to enlarge your coast, my son..enlarge your heart ♥️your music brand and career will blossom.

What A Day to be Alive! Chris Brown & Fabolous Dropped Songs Today & Davido Got Featured In Both Projects
Northboi vs Killertunes & Wizkid: Northboi Drags Wizkid On Social Media For Not Giving Him Credit For ‘Joro’ & How He Allegedly Threatened Him With Gun Over ” Joro ” Beat
Advertisement