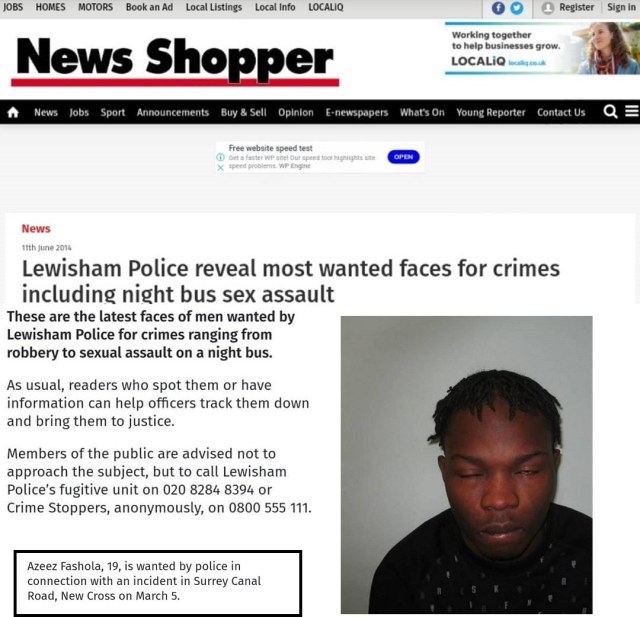 Embattle Nigerian musician Azeez Fashola, who’s currently in the EFCC detention has alleged to have been involved in a robbery and sexual assault at the age of 19 and was declared wanted by Lewisham Police in London.

According to UK based online tabloid News Shopper, reported that Nigerian rapper Naira Marley was among criminals who were wanted for sexual assault five years ago.

In the report, they give Naira Marley’s profile as “Azeez Fashola”, 19, is wanted by police in connection with an incident in Surrey Canal Road, New Cross on March 5.