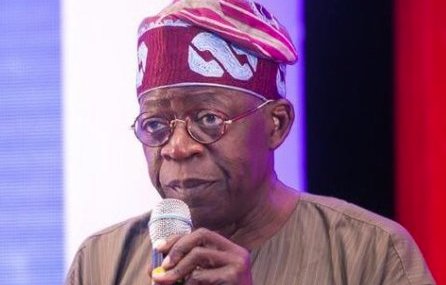 Former Lagos State governor and national leader of All Progressive Congress (APC), Asiwaju Bola Ahmed Tinubu, has described Former Nigeria President Chief Olusegun Obasanjo as the greatest election rigger in the history of Nigeria. The highly influential politician Bola Tinubu made this statement the presidential rally of the ruling party in Lagos on Saturday.

“When he was asked Umaru Musa Yar’Adua admitted that the election which brought him into office was rigged,” he said. “Who conducted that election?” he asked and the crowd chorused “Obasanjo”

Continuing, Tinubu said “Obasanjo is the greatest election rigger in this country.”

He also accused Obasanjo of truncating the plan to have steady power in Lagos and by extension the country.

Tinubu lamented that major multinational companies like Dunlop and Michelin would not have left the country if the Obasanjo government had tackled the challenge of unstable power.

“Then, Obasanjo came. We taught them that there was no other way to have business evolution and revolution in this country without steady power supply,” he said.

“I introduced independent generating power projects in Badagry. What did he do? He and Atiku opposed it. I went to court. Who was my lawyer in court? Osinbajo. I won in court and we started generating 300MW, the first state to do it.

“Imagine, that was in 1999. If Nigeria was dedicated to electricity generation, you would not see Dunlop and Michelin move out of the country. Look at our roads, look at the vehicular density in Lagos alone.”