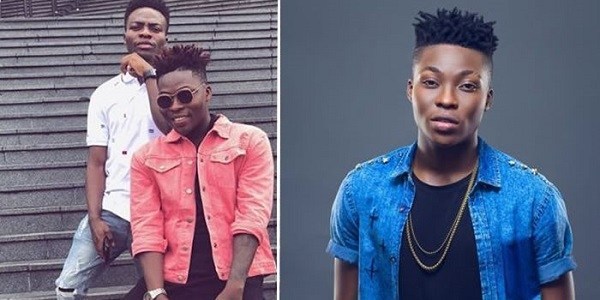 Following his exits from Don Jazzy‘s Mavin Records months ago, Nigerian Afro-Pop music star Reekado Banks has finally revealed the reason he dropped his brother, Temi Solomon, as his manager.

He made this revelation why speaking on a radio interview with Cool FM, that he part ways with his brother he wants to continue his career with experienced hands because his vision grew.

‘It was just next level dealings, I wanted to get somewhere else, the vision became a lot farther, like I saw farther than I used to see and I just needed somebody that’ll see as much, most especially someone that’s been there with other people (artists) but me and my brother are cool’, he said.

Asked if his brother is still part of his team in any way, Reekado Banks said ‘at the moment, he’s not’. Reekado Banks is now managed by Twenty20 Media led by Davido‘s former manager, Kamal Ajiboye.

His debut studio album Spotlight was released on 1 September 2016; it debuted at number 10 on the Billboard World Albums chart.

Love Them Or Hate Them! M.I Abaga, Blaqbonez, A-Q & Loose Kaynon Brings Bars to the Table on Martell Cypher 2 ” The Purification ”
Here Are Full List Of Nominees For 13th Edition Of The Headies Awards 2019
Advertisement