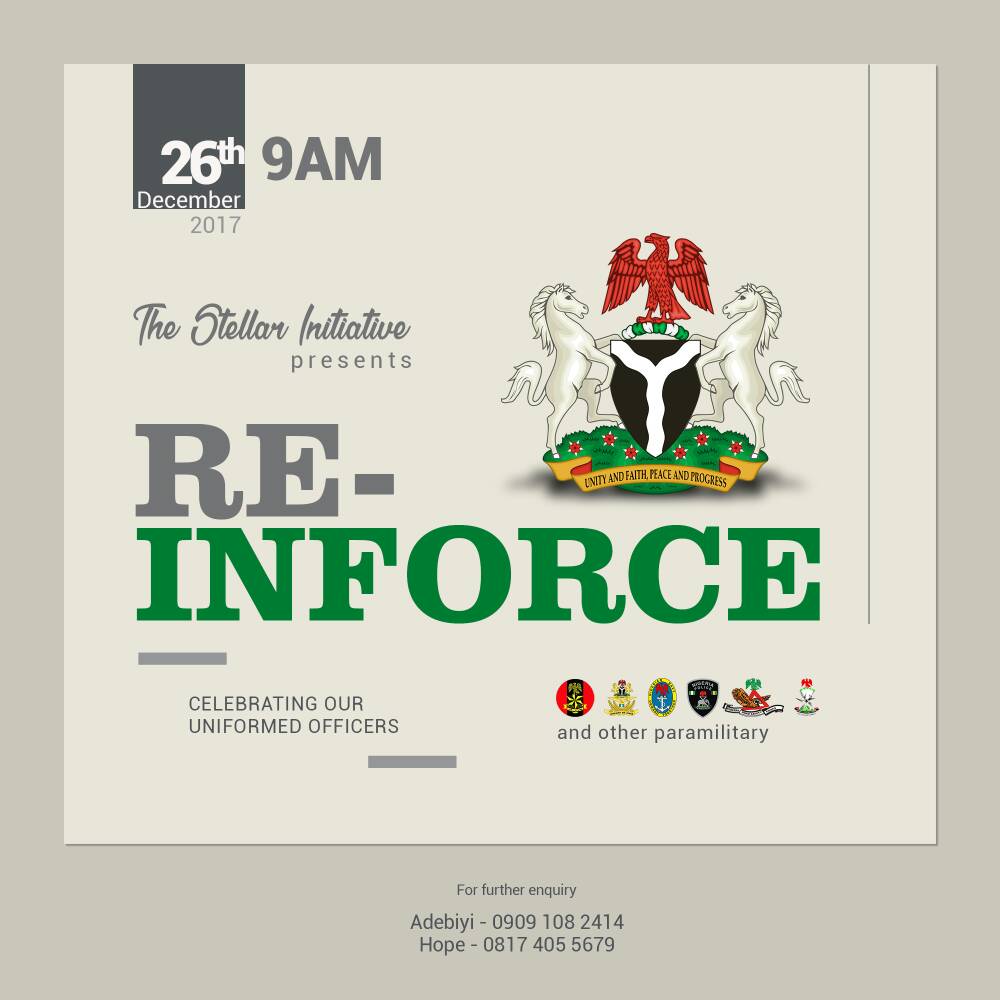 The stellar initiative takes a giant step as she embarks on “RE-INFORCE” , an outreach project that focuses on appreciating and showing love to our uniformed men.

At a time like this when there is an outbreak of rage against the police ,followed by the #EndSars viral campaign which was triggered by the alarming rate of police brutality and insensitivity.

The stellar initiative is resolute on joining the military and paramilitary reform agenda but her strategy is worthy of note …taking an extra effort to express love to the uniformed men in very tangible ways of giving them gifts and other essential items while talking with them sets the initiative on a totally different pedestal.

In the spirit of Christmas, the stellar initiative is focusing on the expression of love as one of the most viable tools of communication.

Even with criticism from social media, the initiative is committed to the “RE-INFORCE” project which is scheduled to hold on the the 26th of December 2017 by 9am.

Continue Reading
Advertisement
You may also like...
Related Topics:#EndSARS, Nigeria