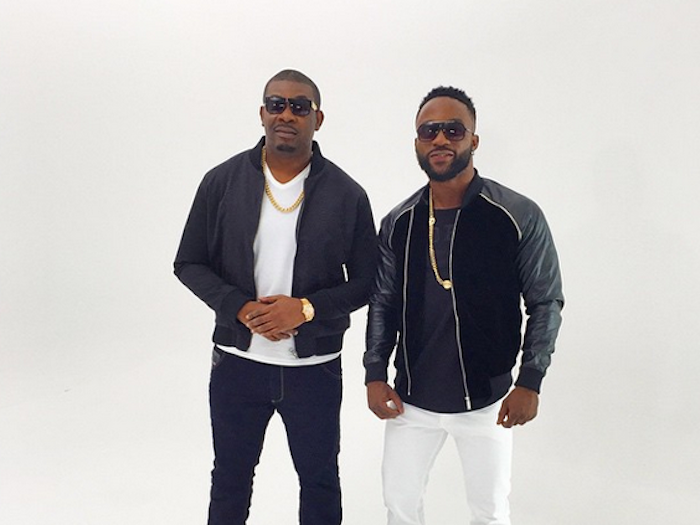 Maverick music producer and record label boss Don Jazzy and Nigerian Afro-pop singer and co-founder of Made Men Music Group (Triple MG) Iyanya might thought that they received a ” gift ” from producer Blaq Jerzy but apparently, it wasn’t a gift.

A direct source confirmed that even though, Don Jazzy, Mavin Records, MTN Nigeria, MTech LTD, MCOMM solutions are all included on the law suit, the main targets are Ubi Franklin and Iyanya for not paying Blaq Jerzy.

Gift was written and produced by Blaq Jerzy, however Ubi Franklin, who collected advance payments from MTN, MTECH Limited and MCOMM for the song, never paid the producer, the source confirmed.

Here is the General Form of the Summons that we received, read for yourself!

The Nigeria Entertainment Industry has seen a series of lawsuit recently and this is another major one here. Is this beginning of a new trend of artists finally taking control of their work? Time will tell.

Here is the document below.